League1 Ontario will not hold a 2020 season in the Fall as had been planned due to ongoing COVID-19 restrictions, L1O’s Board of Directors confirmed Friday.

This announcement comes as Ontario Soccer remains in Stage 2 of their Return-To-Play plan, which limits inter-regional soccer in the province. That restriction is the crucial factor according to League1 Ontario co-commissioners Carm Moscato and Dino Rossi, who had developed plans to operate a shortened competition if COVID-19 protocols permitted.

“We came to realize in recent weeks that our league would have been predicated on Ontario Soccer moving to Stage 3 of their return to play plan,” Moscato said early Friday morning. “That stage hasn’t been entered and there’s no clear indication of when that will happen.”

Currently, all Ontario jurisdictions are operating in Stage 2 of Ontario Soccer’ return-to-play plan, with the final regions (Toronto, Peel, and Essex) joining in late July and August just as the Ontario government rolled out the third-phase of Provincial re-opening. Ontario Soccer announced enhancements to its Stage 2 program on Wednesday, allowing for exhibitions, tournaments, and league play with “other Clubs/Academies in their defined region.”

“The operational complexities of trying to operate a proper competition even with these new, slightly-loosened Stage 2 rules, would have been almost impossible,” Rossi said. “It’s easier for us to get out of the way, let this stage unfold, and let clubs sort things out on their own in the Fall.” 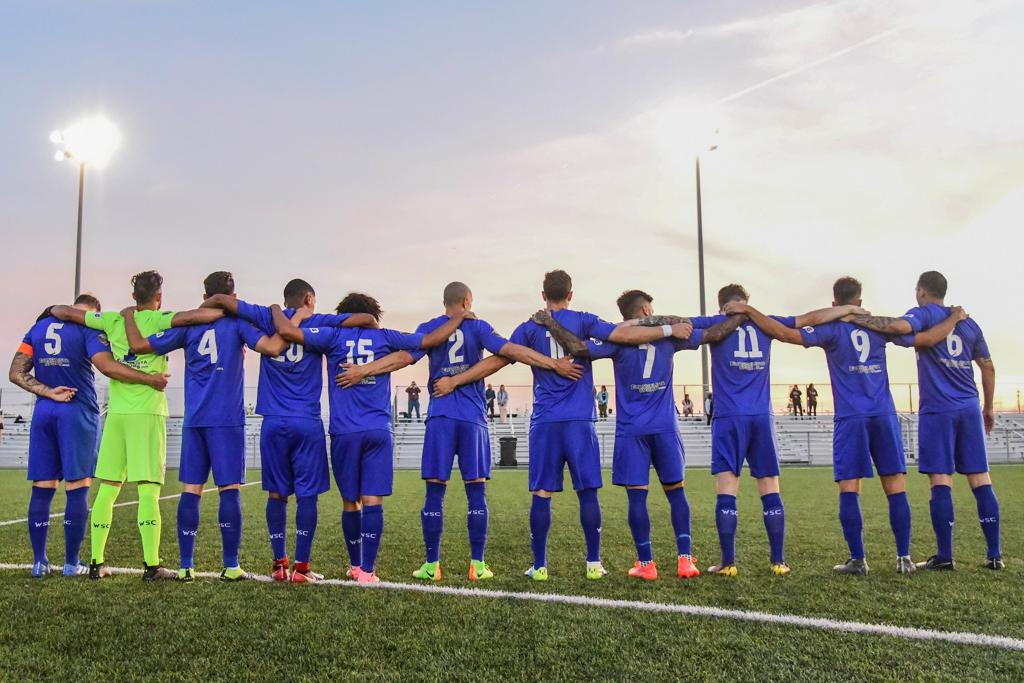 L1O’s Board of Directors cancelled the 2020 “Summer season” in early June with the caveat that play could return this Fall in a truncated form if COVID-19 restrictions and protocols were lifted. Rossi and Moscato previously marked a window of late August to mid-September as a start date for a “Fall” season – potentially at a single site. Moscato added L1O would have preferred a two-or-three-week preseason to limit injuries to players – something not possible with Summer already waning.

“It’s normal to be disappointed and that shows we’re passionate and we’ve poured a lot into this to get it off the ground,” Moscato said.

“It’s a decision to be defeated, we are not choosing. We need to keep moving forward, set new targets for next season and really get ready to take the pitch in 2021 holistically.”

L1O’s 2020 season was set to kick off on April 24th with newly-condensed men’s and women’s formats. The men’s division championship final was scheduled to end on September 12th, while the women’s playoffs were slated to finish August 8th – a noticeably university-and-college player-friendly schedule, offering a shorter calendar for university-bound L1O players.

Friday was an emotional day for both Rossi and Moscato, who informally told L1O licence holders about the announcement earlier in the week.

“That was a difficult call. This whole scenario has been difficult,” Rossi said. “League1 has been an important part of my life for six, seven years. We’ve operated on a calendar. In the spring we see all our friends again.  We get to see who will be the new big-name players in the league, and see which clubs have made big moves in the off-season. This year, that is taken for us. I feel like my equilibrium has been thrown off a little bit. I hoped we’d get that feeling again in September.

“I have a lot of mixed emotions, I feel terrible for players and coaches and match officials. We’re an important part of the development system in this province and when we can’t play it affects people’s path.

“We want people to come back even stronger in 2021, spend the off-season getting fit.”

Plans for the 2021 League1 Ontario season are already being drawn, according to Rossi.

“I do have confidence that in the Spring we’ll have a season, it’s just a question of what it will look like when we start and how it might change,” Rossi said. “Carm and I need to plan for the execution of a normal season, while at the same time have a backup plan.”

“And, to be fair, we have everything we need and we’ve done all the work for this ‘backup plan’ because that would have been what this Fall season would have been; a scaled-back matchday experience, locked changerooms, no fans… we obviously don’t want that if we can avoid it but a lot depends on how quickly a vaccine becomes available.”

Moscato knows the year off could be challenging for players, coaches, and officials, but stresses optimism in the hundreds impacted by Friday's announcement.

“It’s a gift, a weird gift,” Moscato said of the year-long pause. “But it's time you’ll never get back to do something you’ve never done.

“With every setback there’s an opportunity. I think that’s the mentality we need to have in society and sport. There are opportunities to grow outside of the pitch: Free education that was never done, innovations that were never executed.

“It's about taking these moments as a player or coach to study the game, making sure you keep up with other leagues, reviewing rule changes and how they’ve changed the game, keeping your fitness up, both physically and mentally.

“There are chances here for this pause to be a difference in people's careers young or old.”

While plans are already in the works for the 2021 League1 Ontario season, there is still hope for matches featuring league teams as early this month.

Rossi projects that several clubs in different regions in the province are working to organize a schedule of friendly matches this Fall with other L1 organizations within their regions, in compliance with Ontario Soccer’s enhanced Stage 2 guidelines.

“The plans aren’t fully in place yet but the outlines and structure of a schedule is being formalized. Hopefully there will be more info to share in the coming weeks,” Rossi said.

“We’re hoping four or five regions to get together and play amongst each other and share best practices on how to best organize it.

“Obviously these matches will be closed to the public but hopefully there’s a game being played where we can watch from a hill, any vantage point. Who knows, maybe these games will be recorded and we can upload to our YouTube page.

“Why not? Give us something. We’re hungry for it.”