'We have a goal': Oakville Blue Devils men eye rebuild in shortened 2020 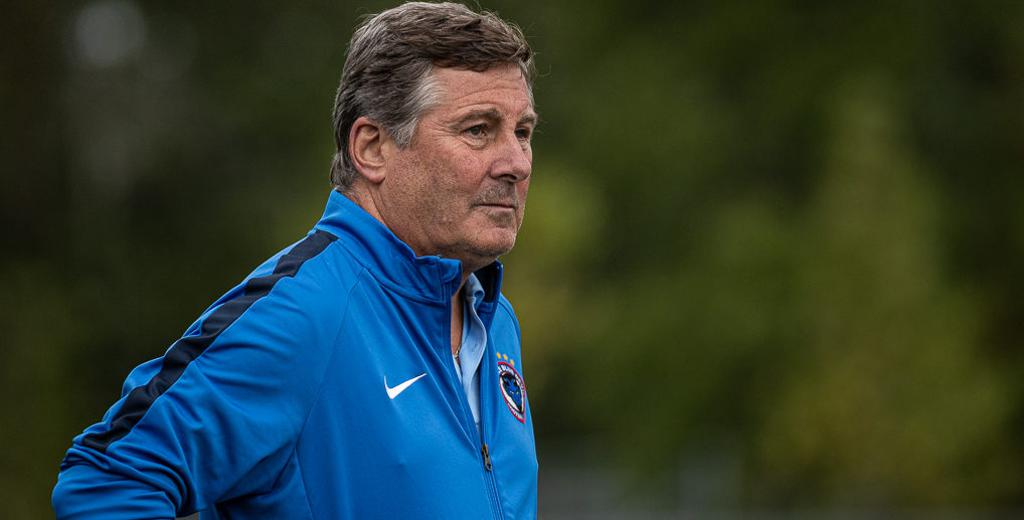 Impacts of the 2020 League1 Ontario season will run deep.

L1O’s Board of Directors finalized the cancellation of the 2020 “Summer season” last week, adding a shortened tournament-style competition could be played this Fall if COVID-19 restrictions and protocols are lifted.

For coaches, a truncated late-in-the-year tournament, which was outlined by Commissioners Dino Rossi and Carm Moscato last week,  offers an intriguing developmental hurdle.

Take Oakville Blue Devils boss Duncan Wilde who, previously planning for a return-to-play, is now considering what their squads will look like in a shortened season.

“Going into this, you need to have a goal in mind,” Wilde, the 2019 L1O men's coach of the year, said. “For us, it’s about finding out more about our player pool – giving more younger players a chance at senior level. You want to come back next Spring with a little more knowledge.

“Also letting our reserves get an opportunity since they won the reserve championships last year, would be important.

University and college players will, in theory, be available for L1O coaches this Fall as U SPORTS and other post-secondary associations cancel Fall programs.

“We can at least say there will be a bigger player pool,” Wilde said. “If we have players sitting here in Oakville taking online classes, there’s a chance they could be worked with. That’s our opening, if you will.”

“I would like to think it gives League1 Ontario a better opportunity to do something this Fall.”

Oakville lost out on “several internationals” this season according to Wilde, who saw foreign recruitment stymied after COVID-19 hit.

The 2020 season was set to be a transitional one for Wilde and the Oakville men’s program, which finished first in the 2019 regular season after dropping only five points from 15 matches. A “major rebuild” is underway, according to Wilde, who has seen seven players depart last year’s squad.

“If a Fall season is six or eight matches, I’d play these young players quite a bit more than normal. We were already planning on being young.

In the meantime, Wilde has kept Oakville busy with consistent Zoom training sessions and "get-to-know" interviews with players past-and-present. The club has more than 50 archived workout videos for academy and first-team players to access in self-isolation.

“We didn’t want to just send out links to people,” Wilde said.

“We’ve been highlighting some encouragement and ‘keep your head up-type’ work to keep everyone ready to get back on-field.

“So we’ve incorporated academy players in with our senior training, too, just to give them a taste.”

Of course, as we all know by now, Zoom can only go so far. Wilde, like many coaches in the Greater Toronto Area, Hamilton, Sarnia, and Windsor, is patiently waiting to begin Ontario Soccer’s return-to-training process, which was outlined last week for municipalities in “Stage 2” of Ontario’s reopening program.

As Halton Region remains locked in Stage 1, Wilde bides his time… while nerding out over safe return-to-training possibilities in a COVID-19 world.

“You are over-planning and you have no choice,” Wilde joked.

“If you don’t have contingency plans without a go-head you’ll be scrambling behind everyone else.

“We’ve all got plans for thunderstorms, cancellations, but no one was planning for a pandemic. I think we’ve engaged our players the best we can, though things are getting a bit thin.”