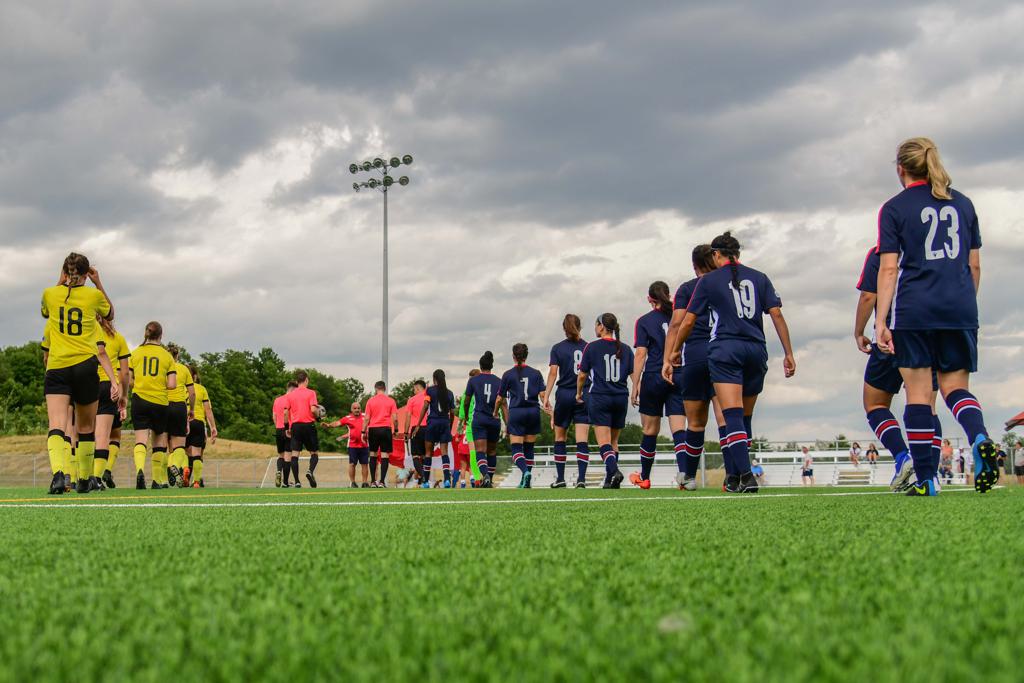 The 2020 League1 Ontario season, as we know it, has been cancelled.

L1O’s Board of Directors finalized the cancellation of the 2020 “Summer season” late on Friday, with the caveat that L1O play could return this Fall in a truncated form if COVID-19 restrictions and protocols are lifted. League officials first postponed the 2020 season on March 20th, a week after Canada Soccer banned sanctioned soccer across the country.

“Every day we learned something new,” League1 Ontario co-commissioner Carm Moscato said of L1O’s months-long return-to-play process. “But one day you have to draw a line – and here it is June 5.”

With many Ontario municipalities set to limit gatherings on city-owned pitches until at least September, co-commissioner Dino Rossi says the League will now look to a potential Fall start, aiming to give high-level Ontarian players some form of competition in a soccer-deprived 2020 season.

“Obviously everything hinges on facility owners to give the green light in addition to Ontario Soccer and Canada Soccer as we go through the multiple stages of return-to-play,” Rossi said.

“But the ruling on those facilities was kinda the final straw for us. There’s no way for us to have an appropriate L1O season that starts in September.”

Ontario Soccer has yet to give a green-light to soccer in the province. COVID-19 pandemic and its protocols continue to discourage large gatherings in the Province.

“We still await formal return-to-play protocols from Ontario Soccer that need to be approved by Canada Soccer," Rossi said. “Once we have a better idea of what return-to-play looks like, we’ll work with our clubs to try and help them implement safe strategies, including training.”

Hours after the cancellation of League1 Ontario’s 2020 “summer season” was approved, co-commissioners Carmelina Moscato and Dino Rossi spoke to CanPL.ca’s Marty Thompson about the decision, its ramifications, and what a Fall L1O competition could look like as the Ontarian soccer landscape continues to grapple with COVID-19.

L1O’s 2020 season was set to kick off on April 24th with newly-condensed men’s and women’s formats. The men’s division championship final was scheduled to end on September 12th, while the women’s playoffs were slated to finish August 8th – a noticeably university-and-college player-friendly schedule, offering a shorter calendar for university-bound L1O players.

Rossi and Moscato cite the need for an adequate player pool to run a meaningful Fall competition, adding the league is monitoring the decisions of the OUA and OCAA for the 2020 season.

“We don’t know what cohort of players we are going to be able to serve,” Rossi said of a potential Fall season.

“There are some key pieces missing about the university and colleges; will they run, will they not run, for how long and how many players will be affected,” Moscato added.

League1 officials are creating models for what a shortened 2020 competition could look like, with a one-off tournament to find men’s and women’s champions – which would start no earlier than September 1 – as the most likely solution.

“We’re willing to entertain whatever is possible. Tournament formats as we’ve seen in the NWSL, they’ve given everyone a nice model. Every league is working on amended tournaments and competitions and we’re willing to do the same,” Moscato said.

“Right now we’re going to be working in a hypothetical mode, but we want to have a variety of options ready once we have a clearer picture, and work with our licence holder and actively seek for a launch date when we’re comfortable,” Rossi added.

League1 Ontario officials confirmed the inaugural L1O-PLSQ final four tournament, which was set to feature the best women’s sides from the two divisions, will also not happen as planned in 2020.