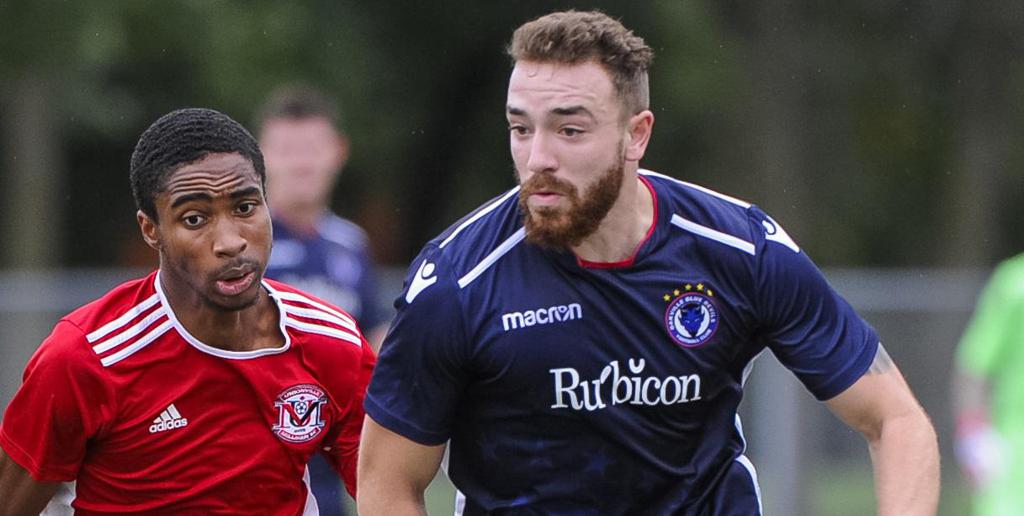 Novak chatted about his League1 Ontario experience and his professional breakthrough with CanPL.ca’s Marty Thompson Thursday on CPL’s Instagram Live.

“We have different battles over the game here,” Novak said, addressing L1O players. “One of those battles is sticking with soccer, you see friends move on with their lives and hat’s a huge struggle for a lot of players. It’s very tempting to get lulled out to that.

“Most important thing is not to give up. We have a place for that to shine now [in the CPL]."

Novak certainly shined in Year 1 of the CPL. The 26-year-old scored six goals in 16 appearances for the Hamiltonian side, his first coming against Pacific FC on May 8th, a match which was re-aired Thursday by OneSoccer and CanPL.ca.

Along with recounting that goal, Novak also reviewed his breakout 2018 L1O campaign, which saw the centre-forward take L1O Golden boot honours with 20 goals across the regular season and playoffs for Oakville.

“I went through League1 Ontario and worked every job under the sun. Worked at banks, downtown Toronto, landscaping,” Novak said.

“In 2018, I had to quit a good job in Toronto because I wasn’t able to play football. That whole summer I was doing lawn work but went out and banged in 20-odd goals.”

Novak, who featured opposite from Forge coach Bobby Smyrniotis for his L1O career, offered an interesting story when asked how a pro deal with the former Sigma FC head came to be. In the 2018 playoffs group stages, Sigma faced Novak’s Blue Devils side in a deciding tilt. Novak scored early, and Oakville jumped ahead.

“There were shenanigans, I scored one and almost got another one,” Novak said with a smile, adding he was lining up against future teammates Tristan Borges, Klaidi Cela, Giuliano Frano, Kadell Thomas, and Triston Henry.

“There was a scrap going on after the game. Bobby wasn’t trying to get involved, I was just minding my own business, disappointed we got knocked out.

“But he came over and said we should talk about playing for Forge next year. Right then and there,” Novak recounted.

“Came back over Christmas, did a trial, and signed the contract.”

To listen to the interview in full, click here.