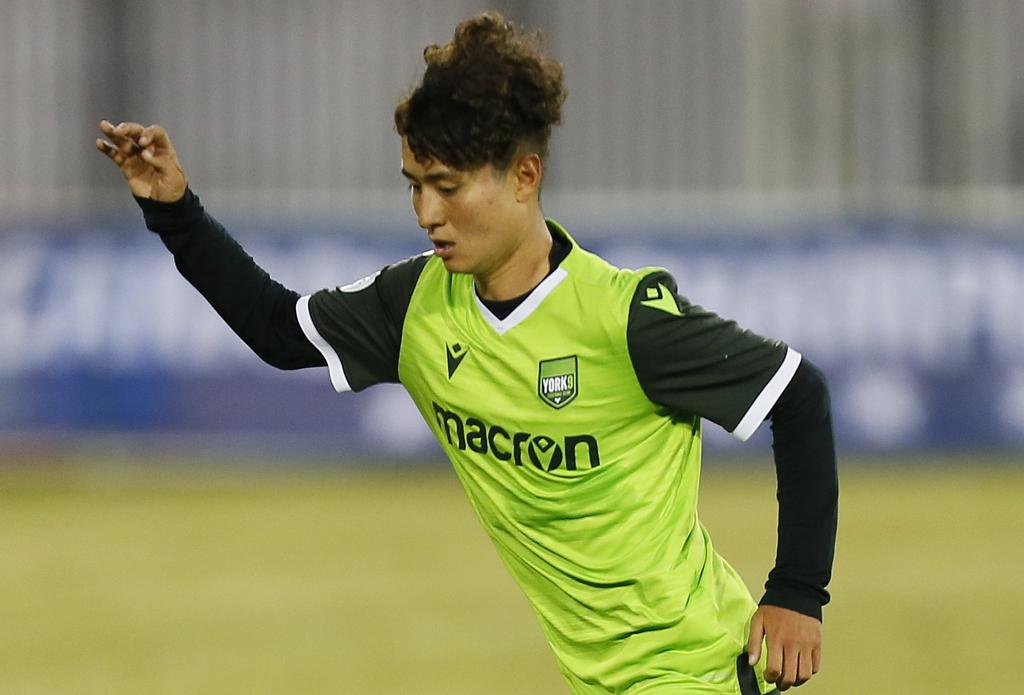 Estevez, a native of Toronto, joined the Nine Stripes last winter after impressing coach Jimmy Brennan at the league’s open trials in his hometown. Previous to that, the 21-year-old represented North Mississauga SC, making nine appearances for the Panthers in 2018, all of which came off the bench.

He also represented Sheridan College for a season, playing seven games for them in 2017 and scoring once.

“I’m super happy. It’s something that I wasn’t expecting, to be honest,” Estevez told CanPL.ca.

Estevez played 21 games for York9 in 2019, including three appearances in the Canadian Championship. He recorded a goal and an assist (the goal coming in York9’s 6-2 drubbing of HFX Wanderers FC in July), although he did miss a handful of matches with injury. He was, nonetheless, an important attacking piece for the club en route to their third-place overall finish in their inaugural season.

Internationally, Estevez represents Chinese Taipei, for which he’s eligible through his mother. He was first called up to the side in February 2019, making his debut in October in a 2022 FIFA World Cup qualifying match against regional giants Australia, and subsequently earned two more caps against Kuwait and Jordan.

Estevez is the first Canadian Premier League player to jump to a topflight side in one of the continent’s major footballing nations.

Estevez, still in Toronto currently, is set to report to his new side in the Netherlands by July 1.