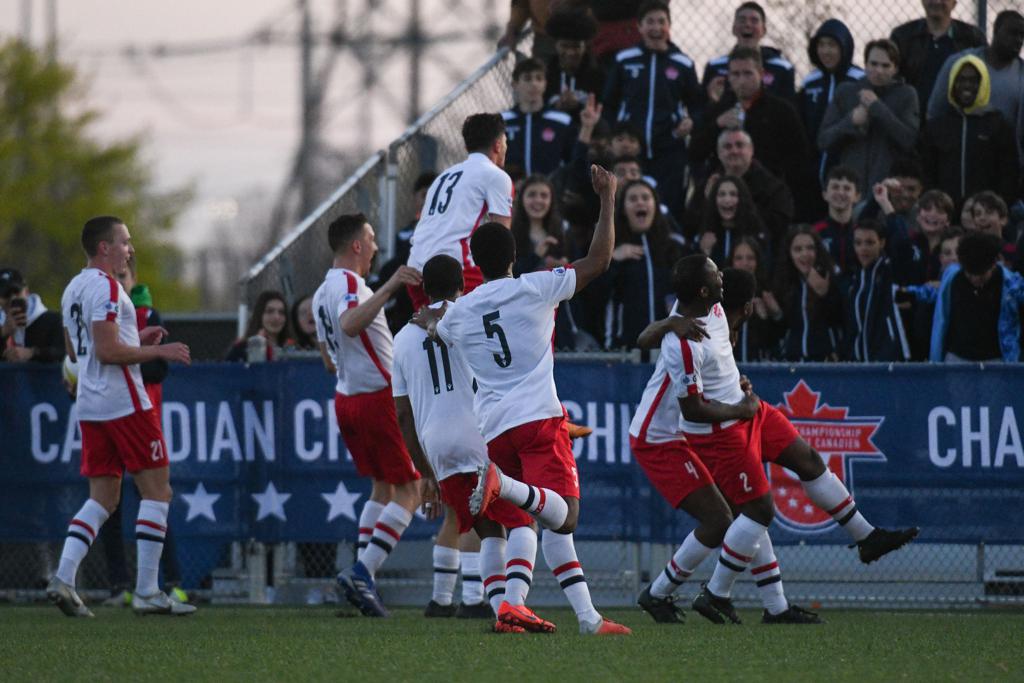 The GTA has long been a hotbed of soccer development, but today one League1 club hit the heights and likely wrote themselves into the record books to boot.

Vaughan SC had - count 'em - four players draft in the first round of top 20 picks by MLS clubs at the 2020 SuperDraft. That's 25 per cent of the top young prospects out of the NCAA emerging from a small satellite community just to the north of Toronto proper.

"I was trying to look it up to see where we stand, but I don't think there has ever been a club from Canada that has had four players drafted to the MLS in the same year!" said Vaughan SC High Performance Program Director, Patrice Gheisar.

"It's a truly remarkable moment." 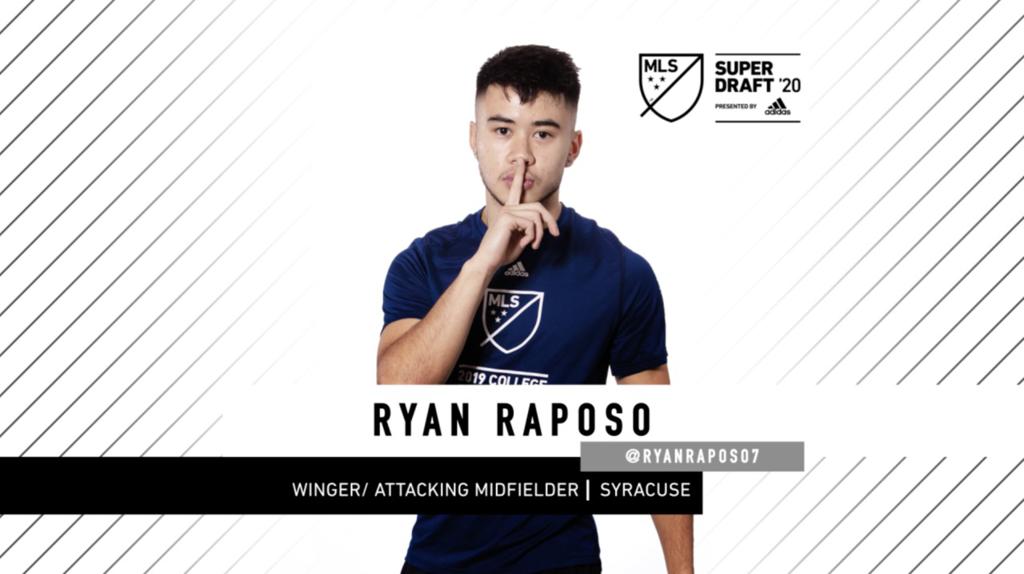 Drafted fourth overall to the Vancouver Whitecaps, Ryan Raposo grew up in Hamilton before spending spells at TFC Academy and later trialing in Germany. He rebounded from a broken leg in 2018 to score 15 goals for Syracuse University in 2019 - good for 7th in the nation on total points and 11th on total goals. At only 5' 7" and full of energy, Gheisar thinks Raposo's best position is yet to be established.

"I would say Ryan's number one strength, other than his physicality, is his mindset and work rate," explained Gheisar. "You can put him anywhere and he will give you one hundred per cent. He is extremely adaptable and open-minded and he eats and breathes football so can tactically adjust."

"I think as a young Canadian, and needing to adjust to the league, he will start in a wide left position where he can show his range, his quickness and his creativity. Perhaps as he moves further in his career, he could be moved inside to play under the forward. He has even more range he can show from there. I think he'll be a great fit in Vancouver with Marc Dos Santos." 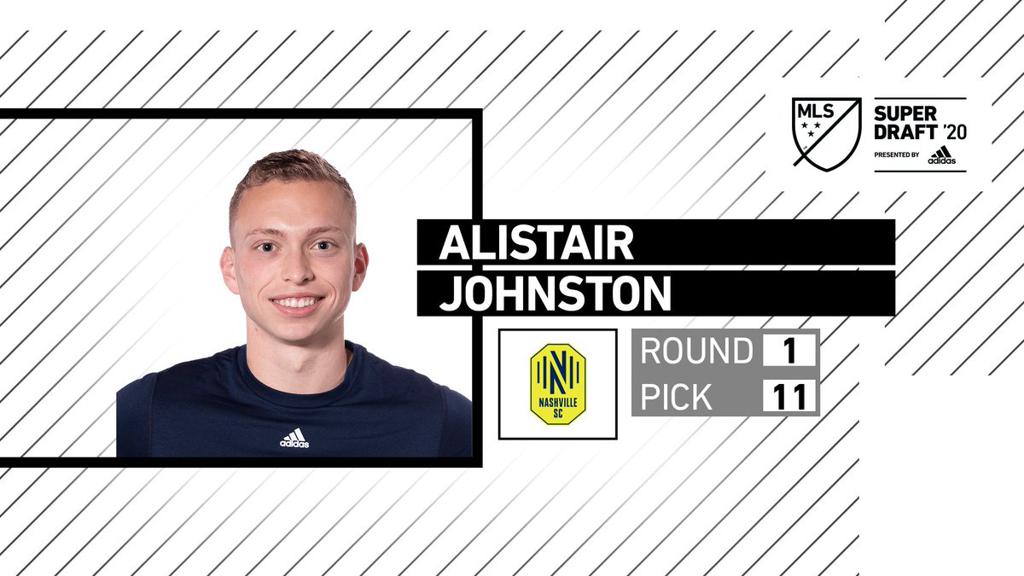 Selected 11th overall to Nashville SC, Aurora native Alistair Johnston has made a massive impression for Vaughan in recent years. After winning the 2018 League1 title, his performance in the second leg of the 2019 Canadian Championship in particular turned the head of Halifax head coach, Stephen Hart. Vaughan head coach Gheisar said Johnston is no shrinking violet in the dressing room either.

"Alistair's best attribute is his base athleticism," he said. "Not just his 10 or 15 yard sprint, but his 40 yard as well and when you combine his vertical... he is extremely athletic and can play any position. He used to be a cross-country runner so has stamina and agility."

"He tends to get played at right back, but is often pushed into the centre of the park to finish the game," Gheisar added. "He is extremely strong and intelligent and I wouldn't be surprised to see him finish his career as a centre-back. His versatility is incredible. He's also tactically very sharp and speaks his mind to other players, always organizing and leading at key moments." 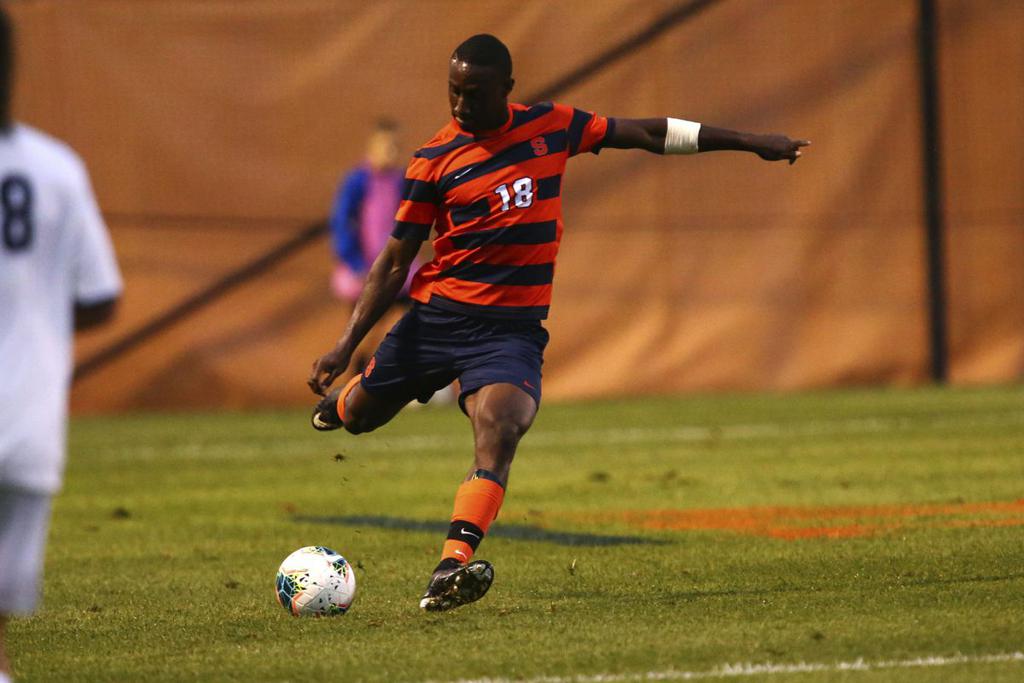 Nyal Higgins, a hulking centre-back out of Ajax, ON that played the 2019 season at Syracuse University, recently trained with hometown MLS club, Toronto FC, and clearly left an impression. Picked up 19th overall by the Reds, Higgins is no nonsense playing out of the back and will bring further steel to the Torontonians.

"Nyal had a set-back this summer due to injury, but he's a real specimen," Gheisar revealed. "His Syracuse coach told me that all of his athletic tests had matched up with Miles Robinson, a USMNT player and a top player at Atlanta United."

"He's adjusted well in the very physical ACC conference too after first playing out west, and he will step up well at TFC. He's been training at TFC recently and they loved him. He's old school, tough, and loves the hard tackles. Minutes are all he needs to prove himself."

Finally, with the 20th and final pick of the first round, speedster Dayonn Harris will whip over from his alma mater University of Connecticut to join Real Salt Lake Monarchs. Gheisar pointed to the electric pace of Harris as being in the top echelon of any athlete he has every coached. Coupled with the player's innate skill and unwavering focus, his former coach feels Harris could be an immediate difference-maker at the top tier.

"I don't think anyone in Ontario and Canada really knows how much Dayonn is capable of!" Gheisar exclaimed. "He would always go back to school for July 1 so he was only around in League1 for six weeks at a time. He's had some injuries, and shown tremendous resilience, but I think he will be top two per cent in the MLS in terms of speed."

"Nobody can catch this guy! He hugs the line, runs behind and is deadly in one v one attacking. He's crafty as well, not just about crosses. He just needs a team to invest time in him. The only reason he isn't a top pick is because they had some injury troubles at his school. He led the nation in assists for first ten games, but if things hadn't gone the way they did this year I think he would have been top five in the country." 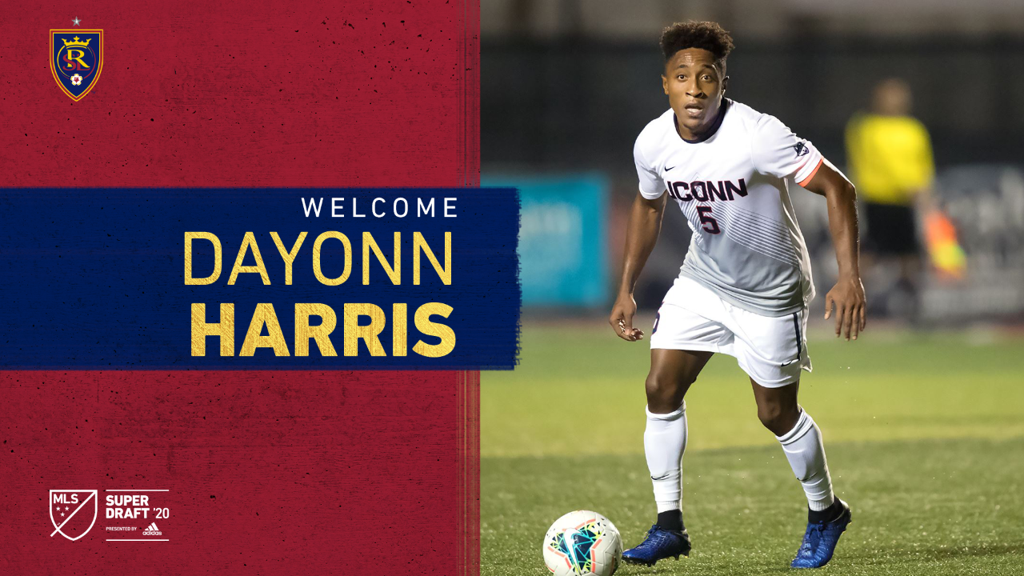 A milestone for Canadian football, Vaughan's four MLS draftees represent an enormous accomplishment for a club already highly regarded for it's senior high-performance program. Gheisar said the sum is always greater than the parts at Vaughan, and the true secret is developing a culture.

"We're currently in Florida with our 2002 group at Monteverde playing a team from Brazil. I have to say today is the proudest day of my life aside from the birth of my children."

"It has taken a while, 13 long years in fact, but we are a club that has built a tradition. I would say what we do the best is not just about the field. We work very hard with our players in terms of their mentality."

"This is why we go to these events, so the players can experience the next level and aspire towards it. All of these guys that were drafted still come and train with us! It's a lot about mentorship at Vaughan. Really, it's all about creating a family and every player is part of a bigger picture - brotherhood, family and excellence."

A day for celebration with just a hint of nostalgia, Gheisar is already looking back on a special moment for all four players.

"You know all of these guys, excluding Nyal who was on injury list, were played in the Halifax series for the 2019 Canadian Championship," he recalled. "That was something very special."

"In fact, we all spoke last night and spoke about that day. It was their last time in a Vaughan uniform together. It is very symbolic - all of our players have contributed, set an example, and connected the dots to where we are today."