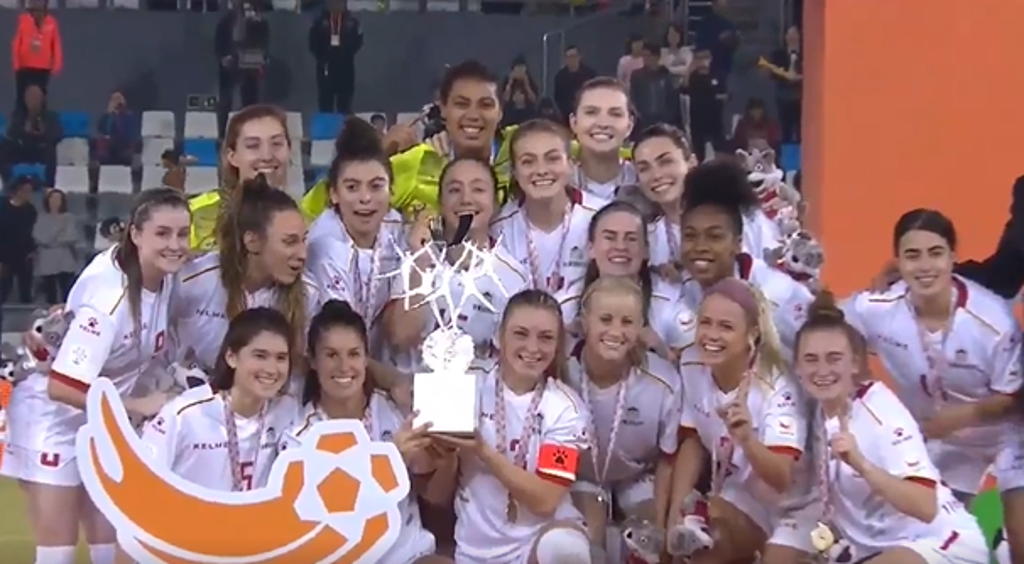 Smashing in a winning goal to take a world title, or even competing to represent one’s country, is a dream few players will ever realize.

The Gee Gees made history on the weekend after beating favourites Paulista University from Brazil 1-0 in the FISU University World Cup Final. Ottawa became the first Canadian team to ever win this international distinction that crowns the best university side in the world.

Ottawa’s Mikayla Morton – a former player with Woodbridge Strikers in League1 and a native of Courtice, ON – found the breakthrough in the second minute, rising highest on a corner to dispatch the go-ahead finish from a well-taken header. The Gee Gees left everything on the pitch for the next 88 minutes to ensure the Brazilians could not find an equaliser.

Several other players with League1 experience were crucial in the Gee Gees’ success.

Scarborough native and Unionville Milliken defender Trinity Esprit, in particular, made a strong impression at fullback. Her outstanding play throughout the tournament led to Esprit being selected as the FISU Most Valuable Player.

In total, nine current or former League1 players were in the Gee Gees squad, which was comprised of returning players from the USPORTS 2018 Championship side as well as the 2019 squad in a new FISU format: