Choosing a Most Valuable Player in a league is never an easy task for a large group of voters, and such is the case with the League1 MVP award.

Character, ability, productivity, consistency, position - all of these factors and more must be taken into account when choosing the difference maker(s) that make the most impact over the course of an entire season.

But, in 2019, the choice wasn't overly difficult. Two players fit all the criteria and were clear standouts in the men's and women's division vote count. Meet the 2019 League1 Ontario MVPs! 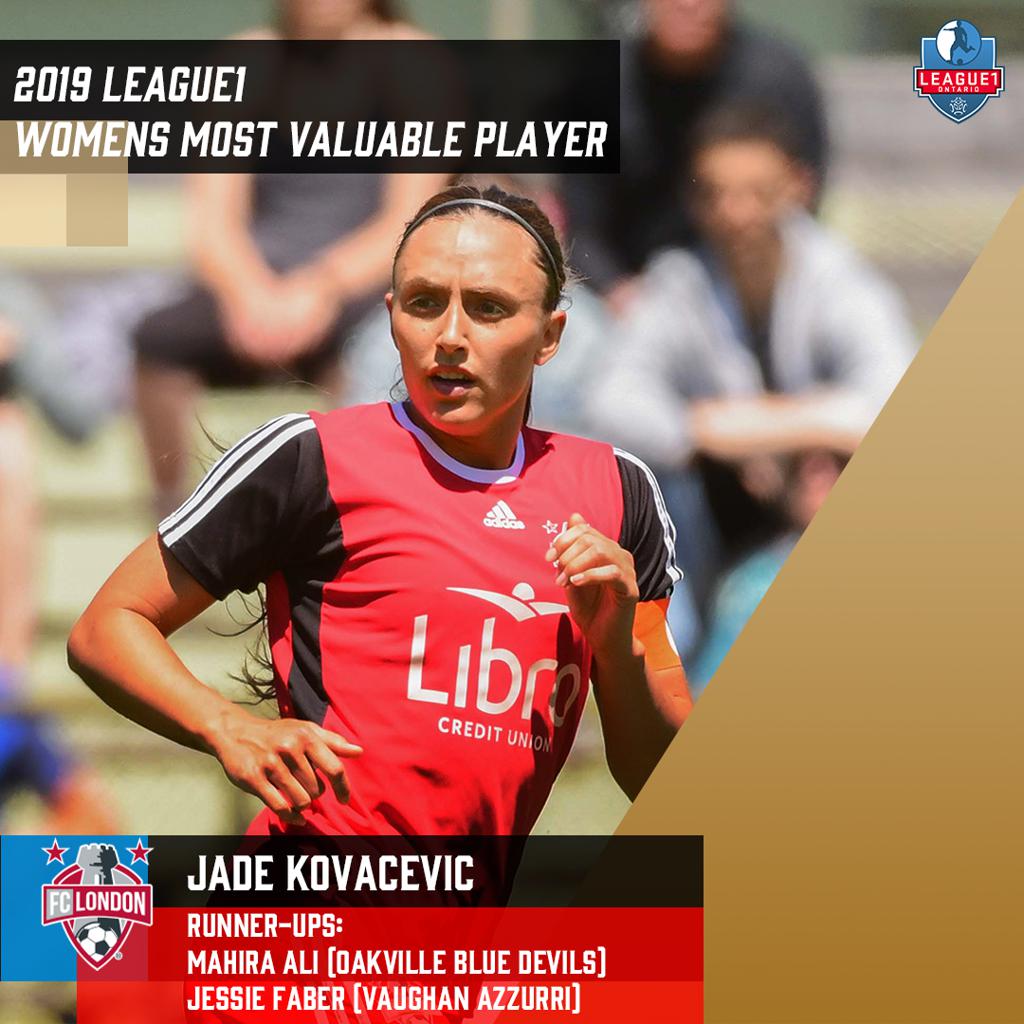 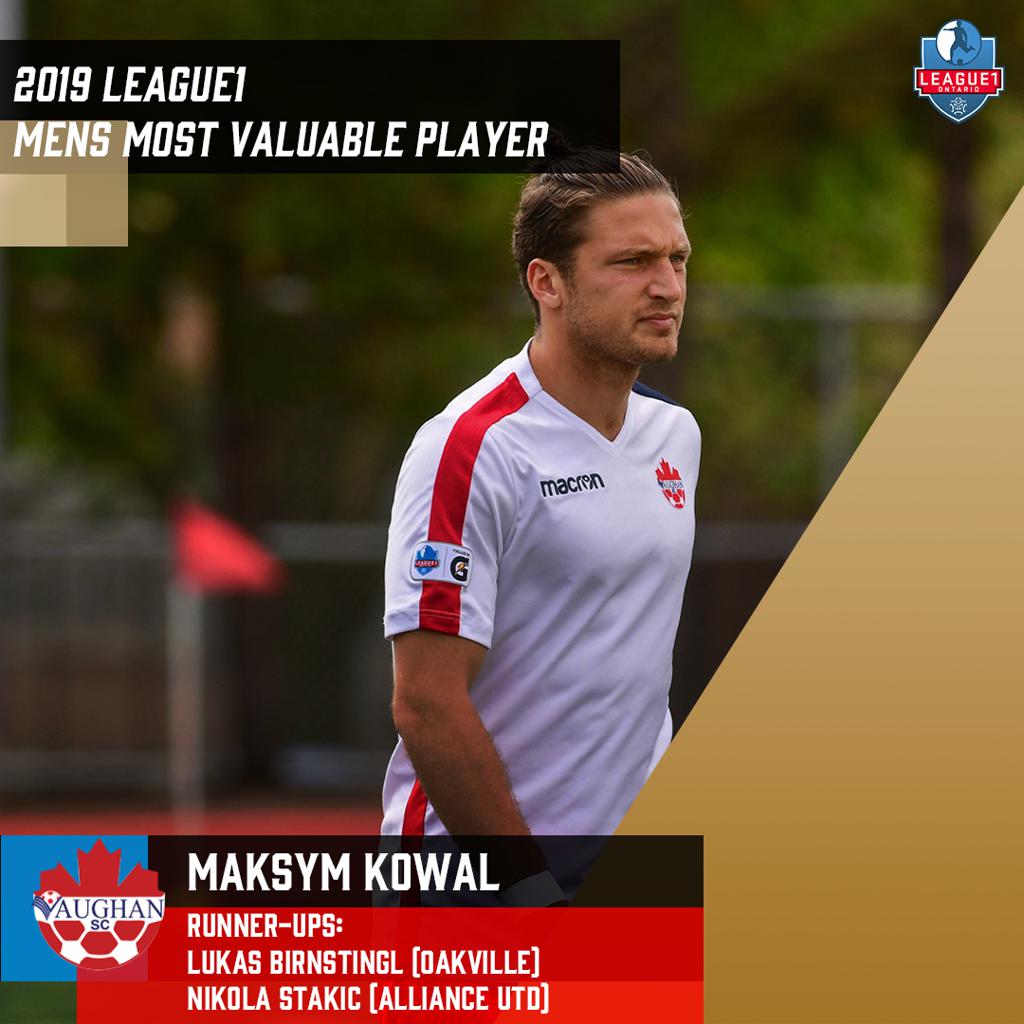 Sometimes a player holds such a high bar for their performance that the immensity and consistency of their achievements just becomes common-place and accepted by everyone else. Such is the case with FC London's Jade Kovacevic.

FC London joined the women's division in 2016, and brought Kovacevic into the league as their crown jewel: a number nine whose pace, determination and sheer goalscoring ability took the league by storm. Kovacevic led the league in scoring, and as well brought FC London the women's title in just their first season.

And in every one of those seasons, Kovacevic has won the MVP award. The 2019 season is no different.

With a total of over 100 goals in four seasons in the league, three league titles, four MVP awards, and four scoring titles, Kovacevic has become the most decorated player in League1 history.

So what comes next?

We hope to see a player of this quality soon suiting up in the red and white of Canada, in some capacity, but in the meantime fans may need to subscribe to Italian football channels to monitor her progress.

Kovacevic played in Italy's Serie B for Roma CF during the 2018/ 2019 season and will hopefully continue to make her mark at the pro level for years to come. 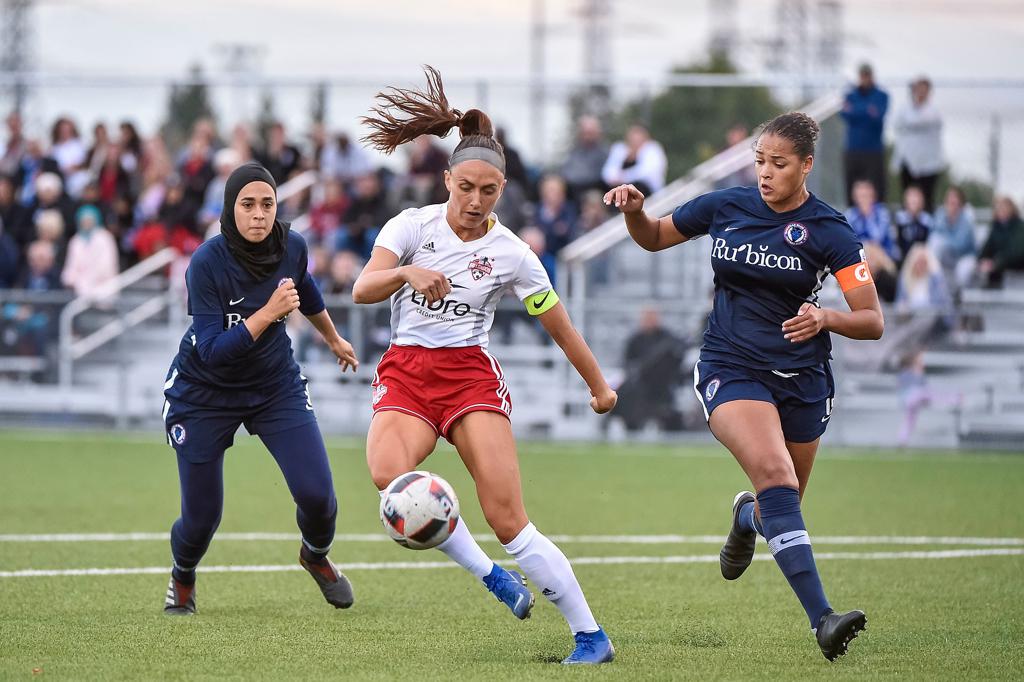 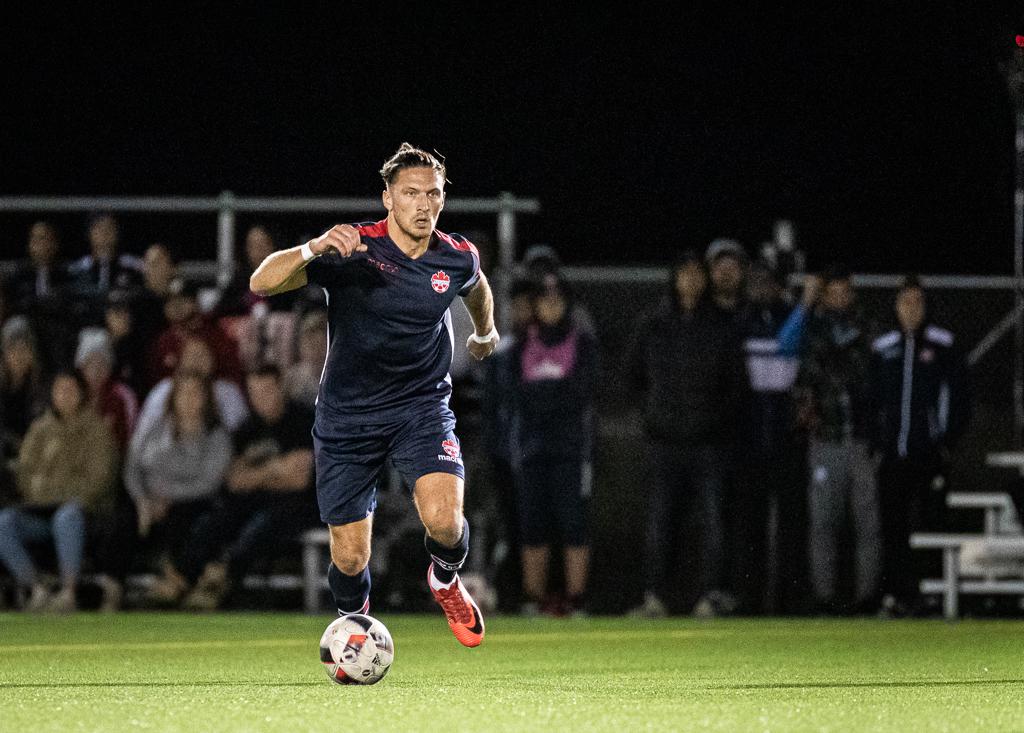 Vaughan's Maksym Kowal is accustomed to the necessity of making a positive first impression in new surroundings.

The 28 year old Mississauga native has had a journeyman's career in the professional game, moving between opportunities at lower-league clubs in England, Poland and New Zealand before joining the Azzurri for his first League1 season in 2019.

Kowal quickly showed his class in L1O, scoring a brace in his second league match and following it up with four more goals in the month of June.

The forward hit his stride with a hat-trick in only 21 minutes in a July match against Durham, before truly finding his legs through the late season period; Kowal scored at least a goal a game in his last five appearances for the Azzurri.

When all was said and done, Kowal wrapped up the Golden Boot title for Vaughan with 14 goals over the season, and impressed all with his mobility, skill and tactical nous over the course of the season.