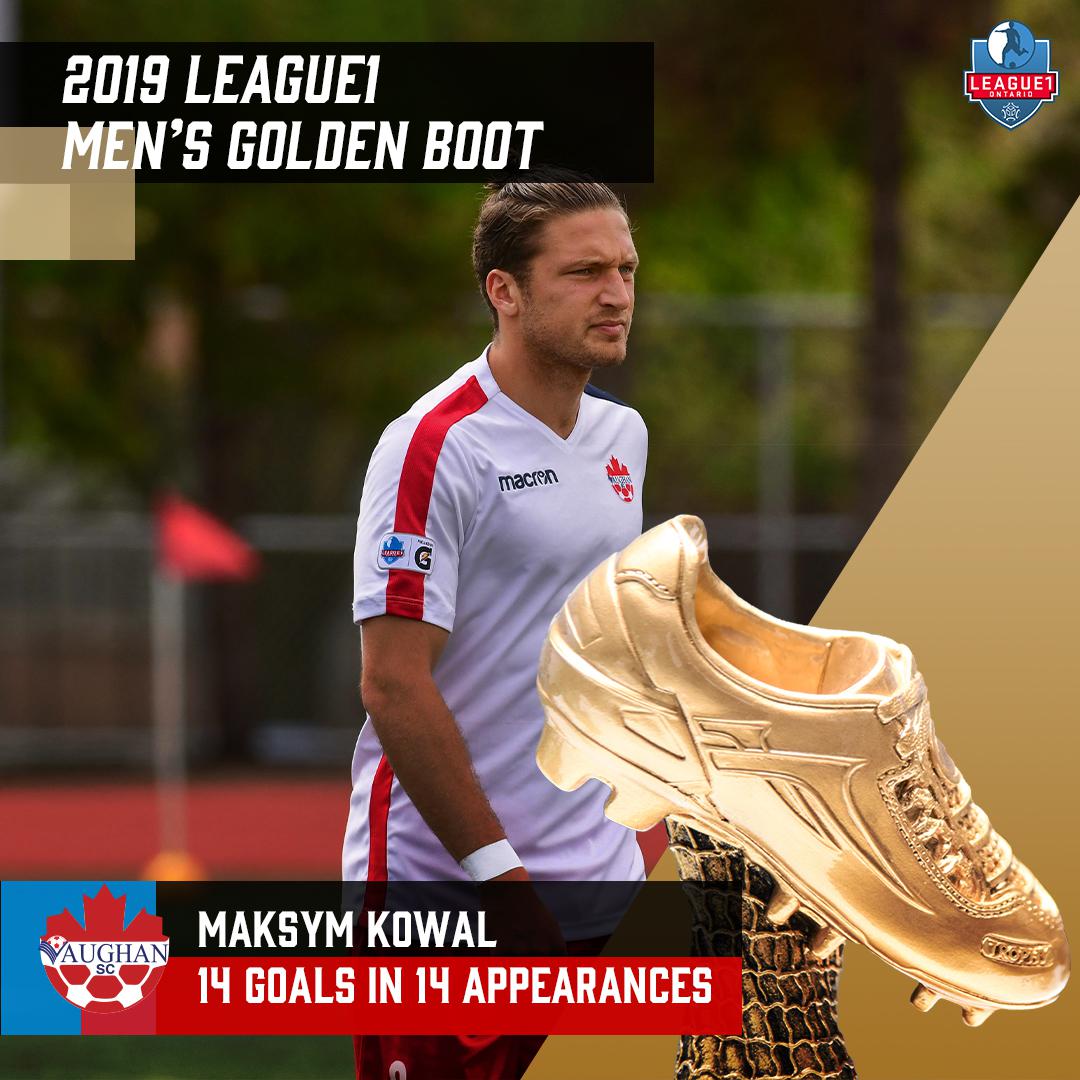 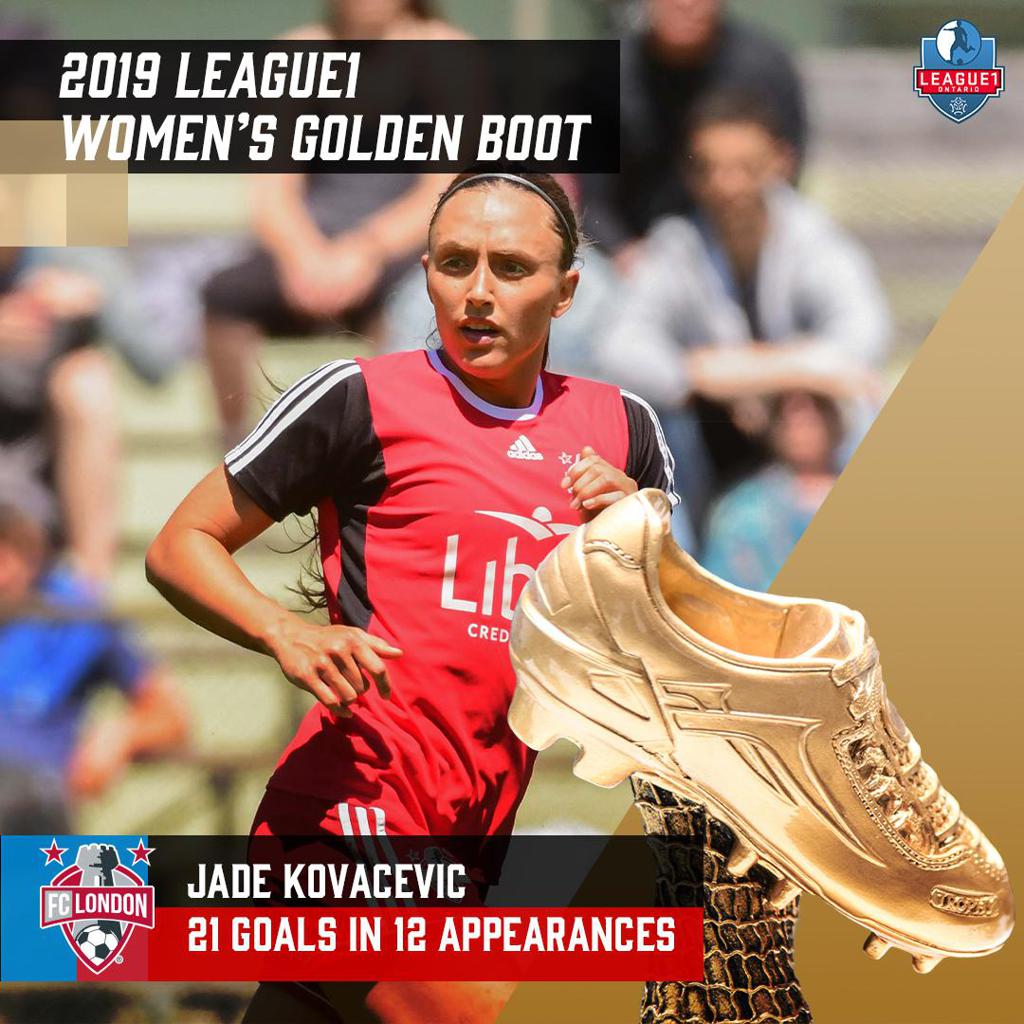 Top finishers are worth their weight in gold: capable of changing the entire complexion of a match, the duties of every teammate and opponent on the pitch, and the perceived success or failure of managers.

It's a fitting award, therefore, that the achievements of top goalscorers result in the presentation of a massive Golden Boot at season's end.

League1 Ontario has had a share of top finishers over the seasons, and 2019 was no different.

On the men's side, we got to see a brand new face in the league make a massive impression for the Vaughan Azzurri.

On the women's side, the winner was someone that supporters of the league have known for years; her finishing ability for FC London has resulted in a Golden Boot and MVP awards for an astounding four straight seasons.

Read more about the two winners below... 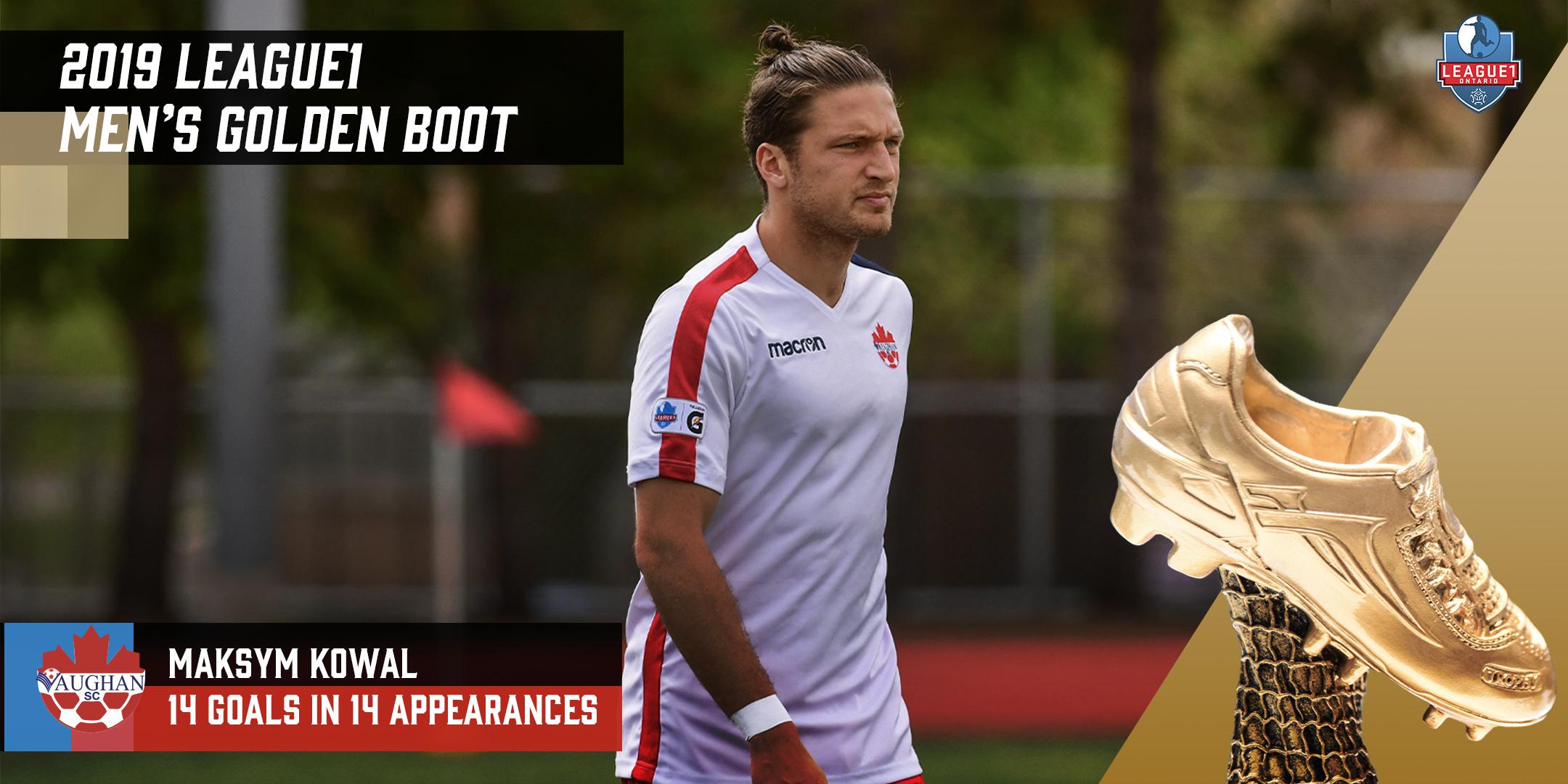 Vaughan's Maksym Kowal has been a revelation in the number nine role for the Azzurri this year, scoring 14 goals in 14 appearances.

And he's done so in key moments throughout the season, opening or closing the score-keeping in important matches versus Darby, Oakville, Woodbridge, Masters and - in the month of July - a big hat-trick over Durham United to secure the Azzurri's spot in the top three heading into their final match pattern. Just to top it off, he finished the regular season with another hat-trick over Aurora.

Even in the single match that the Azzurri couldn't get a result from in the 2019 regular season - the 3-1 home defeat by Alliance United - Kowal still located a half-opportunity to finish a header off a corner. He has already opened his account in the first leg of the Quarter-Final vs. FC London.

A striker with the finishing instinct for half chances and the necessary composure to finish the good ones, Kowal has ticked all the right boxes in helping the defending League1 Champions to a second place regular season finish in the league heading into playoffs. 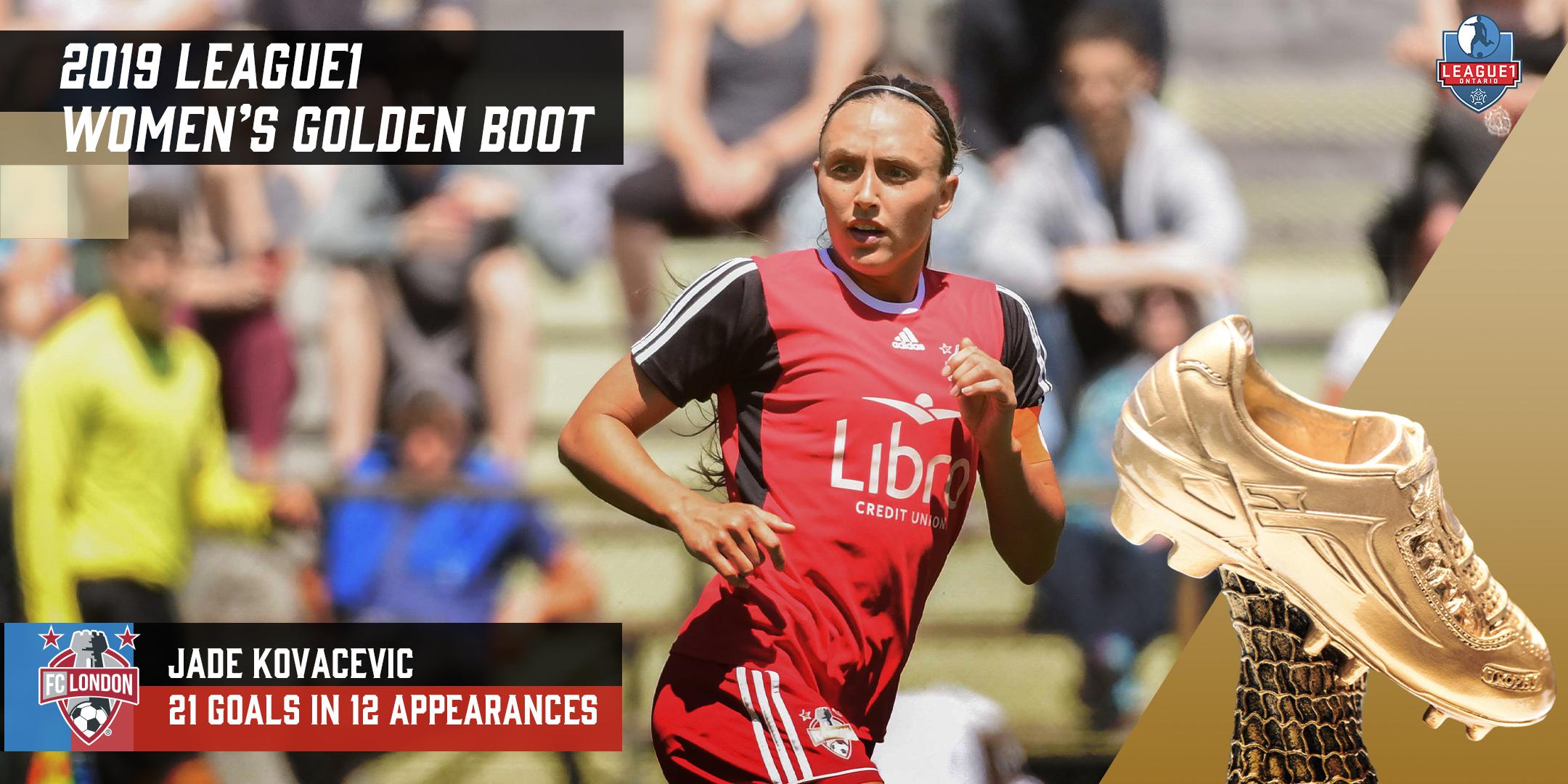 Kovacevic is no stranger to winning multiple awards in League1, having won the League1 MVP and Golden Boot awards for three years running. She adds a fourth Golden Boot for the 2019 season.

Her talent and long-running list of achievements at every level she has played (NCAA, CCAA, League1) led to a professional signing for the 2018/ 2019 fall/ winter season in Europe, during which time she was picked up by Italian side Roma CF in Serie B.

With a whopping 21 goals in 12 appearances, Kovacevic is quite nearly a two goal a game performer, an absolutely unheard of statistic in the game.

This consistency began right with the opening whistle of the first match, when the central forward found two goals against Unionville Milliken. She followed that performance up with three hat-tricks over the next six matches and a brace away to OSU. In July, she scored four against North Miss and two against Alliance United to wrap up the regular season.

With seven goals already scored in London's four playoff matches, Kovacevic has guided her team to the 2019 League1 Ontario Women's Championship Final, when she will have the opportunity to finish off the season in style via the national broadcast by OneSoccer.