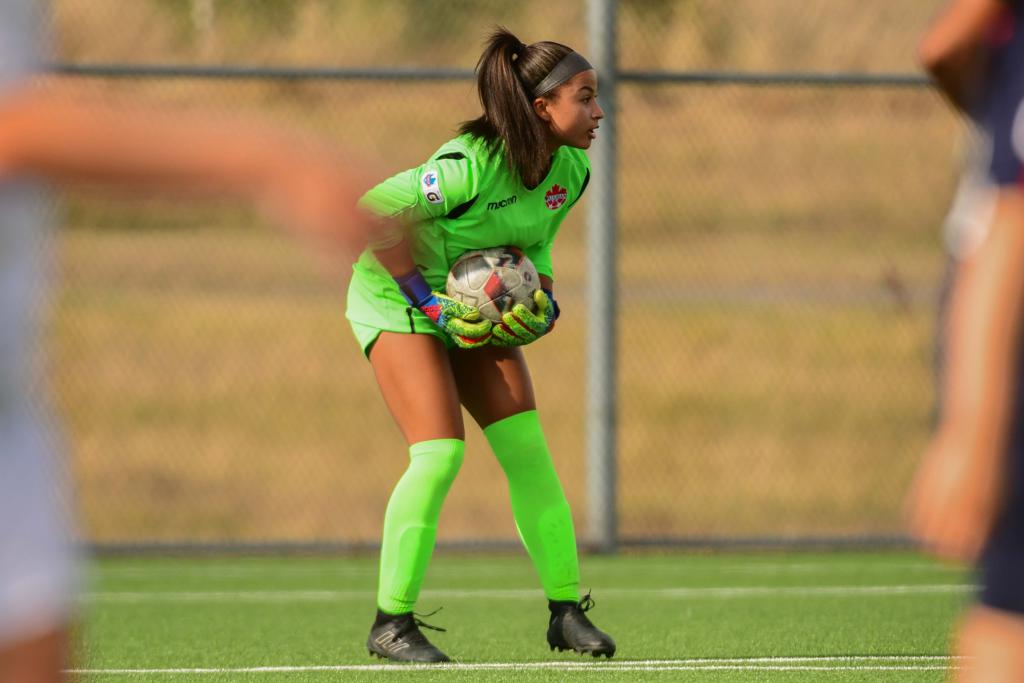 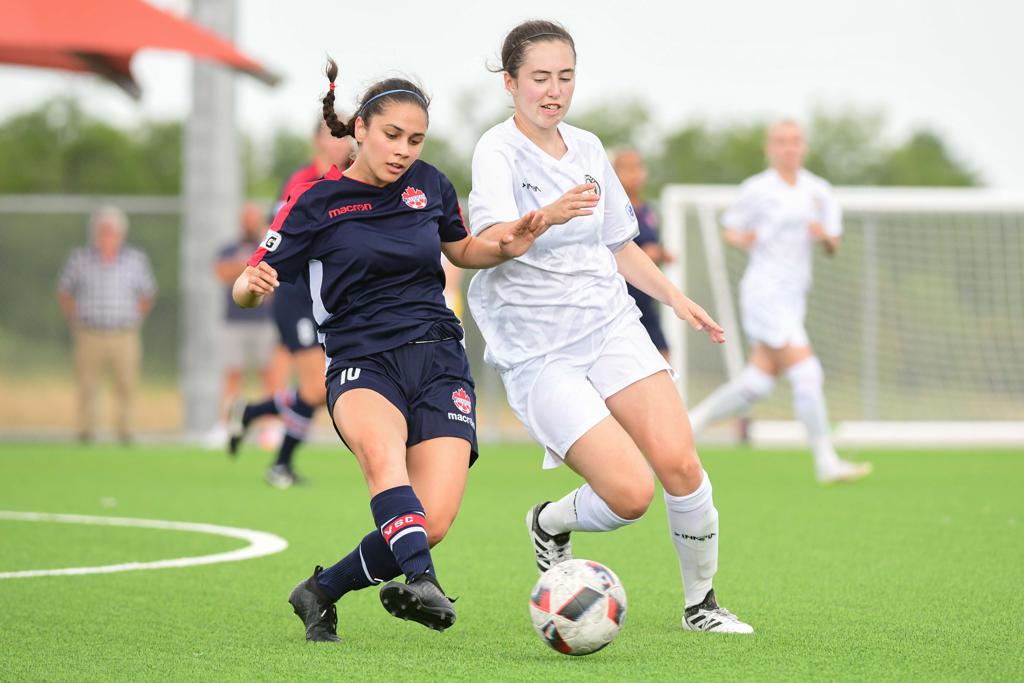 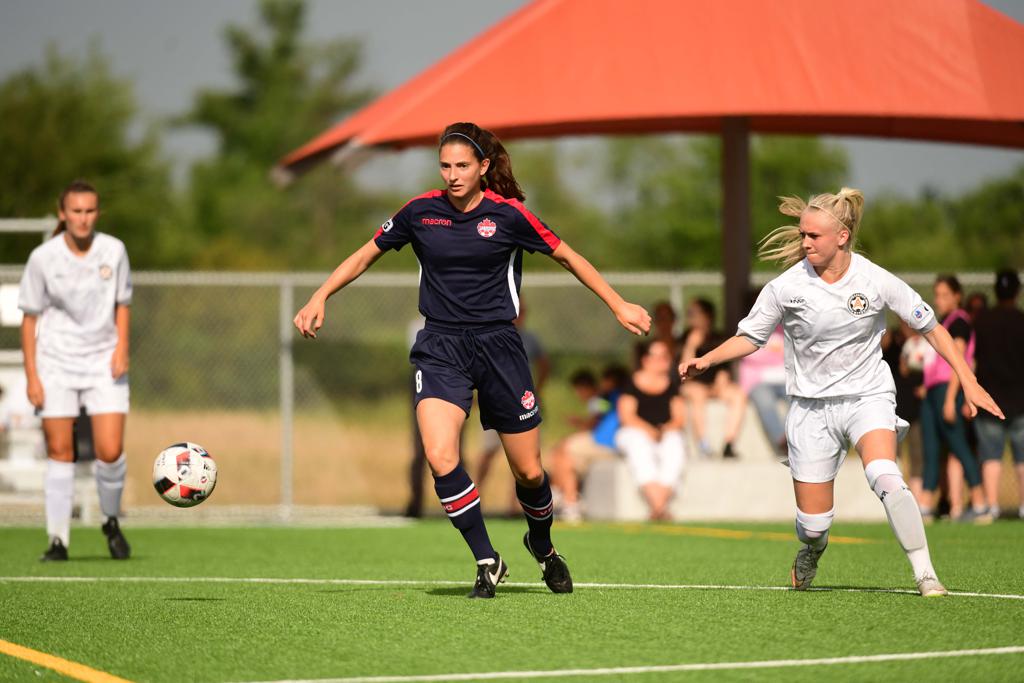 Jessie Faber (16', 39', 42', 52', 65') pumped five goals into the back of the net to lead Vaughan Azzurri to a 6-0 thrashing over Alliance United FC in the first leg of the quarter-final on Saturday at North Maple Regional Park.

Fresh off a 15-goal regular-season campaign, the Vaughan attacker ruled the pitch like Midas as everything she touched turned into a goal.

Yoanna Peralta (14') was the first to get her name on the scoresheet, tapping in Maia Torelli's cross over the reach of Alliance goalkeeper Stephania Turyk. Soon after, Faber unleashed a rocket into the top corner to make it 2-0 for the Azzurri.

Faber continued the scoring spree as she hit a left-footed shot into the bottom corner. A few minutes later, she converted a penalty past Turyk for her hat trick, making it 4-0 going into the half-time break.

Nothing could stop Faber as the game continued into the second term, when she slid the ball toward the far post for her fourth goal. Her final shot froze everyone on the pitch as it sailed into the bottom corner, making it 6-0 before she was subbed off in the 67th minute.

Alliance were unable to fight past a solid Vaughan defence. Their lone shot on target came in the 86th minute as Jessica Friend broke through the line, but with central defender Courtney Douglas tracking back, Friend couldn't put it five-hole through Quinn Josiah, who kept the clean sheet as Vaughan cruised to a commanding first-leg victory.

Despite the loss, Turyk made five saves to prevent the lead from extending any further, including a diving fingertip save to stop yet another Faber rocket in the 51st minute.

Vaughan striker Colleen Beesley was unlucky to not add her name to the score-sheet. She rounded the goalkeeper in the 21st minute, leaving her with an open net, but the shot was blocked by the head of Miranda Rieger. The rest of Beesley's shots hit the woodwork or were saved by Turyk.

The Azzurri will head to Mount Joy with a 6-0 aggregate lead as Alliance host the second leg of this League1 Ontario women's division quarter-final on Sunday, August 11 (7 pm).