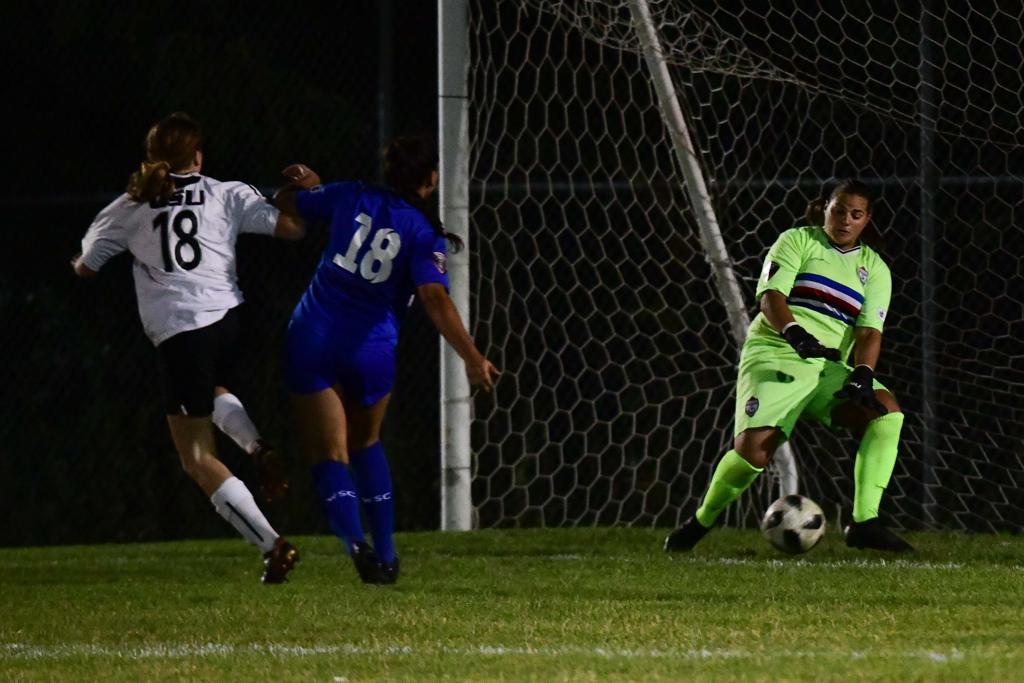 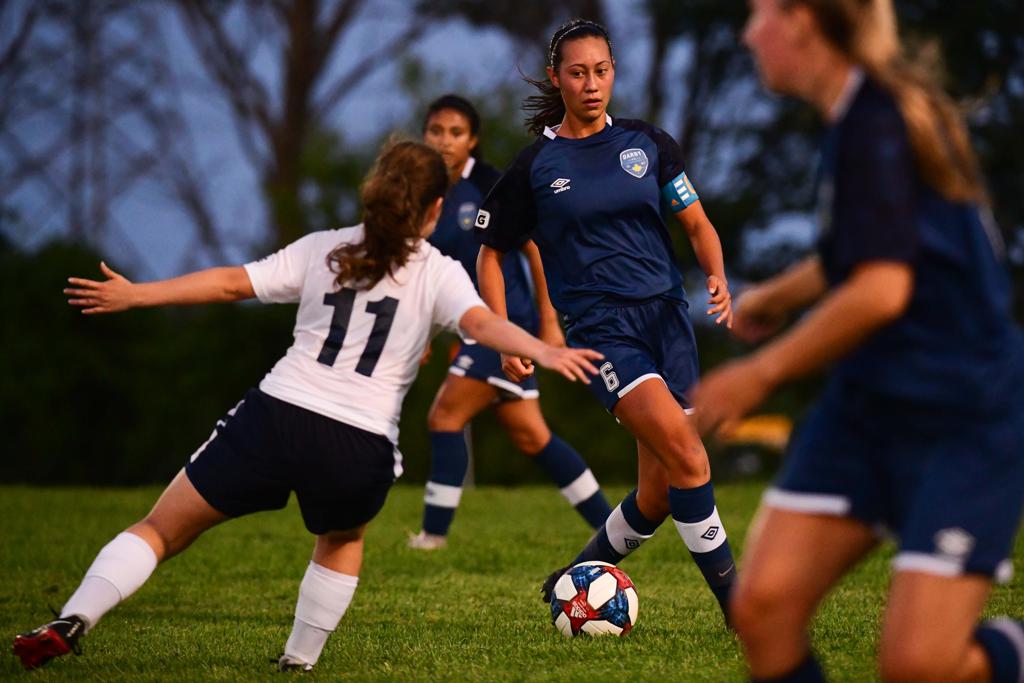 Woodbridge SC and Oakville Blue Devils emerged from the opening women's #playoffs2019 Quarter-Finals on the right end of 3-nil and 2-nil scorelines over Ottawa South United and Darby FC on Friday night.

Both ties are now poised for second legs in Ottawa and Oakville next weekend to decide who will march on to the Semi-Final!

Check out a selection of high-res photography, full match video + recaps below! 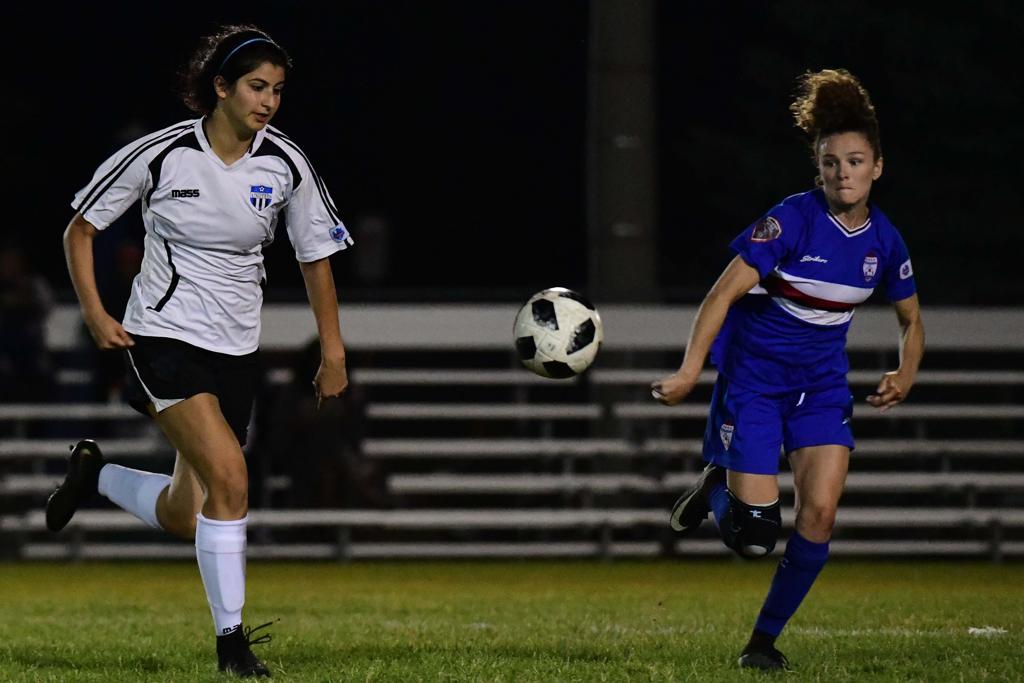 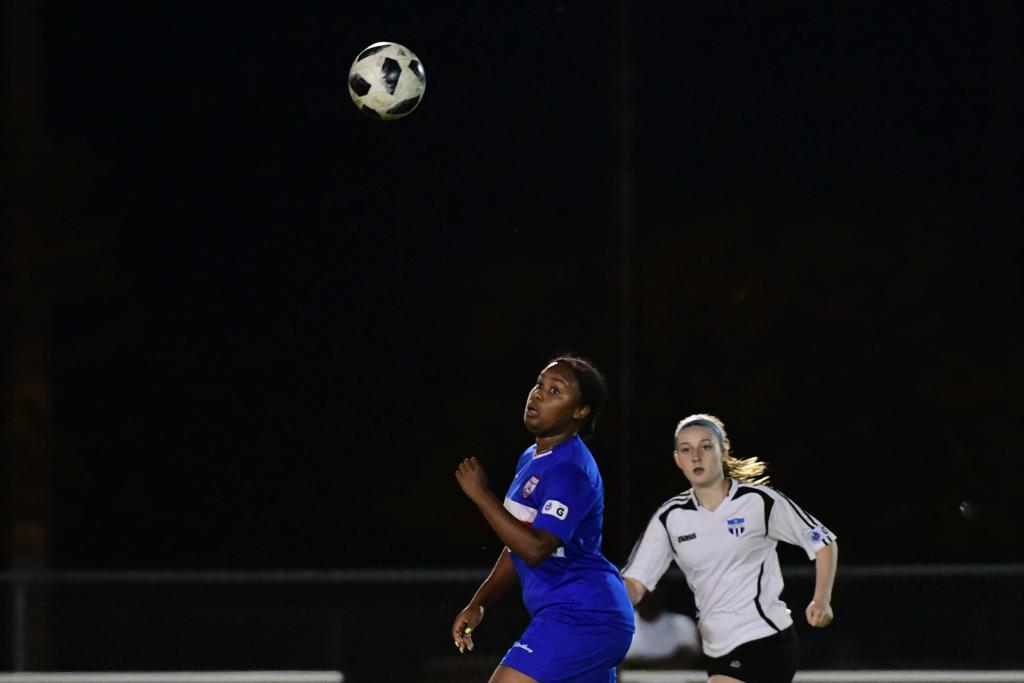 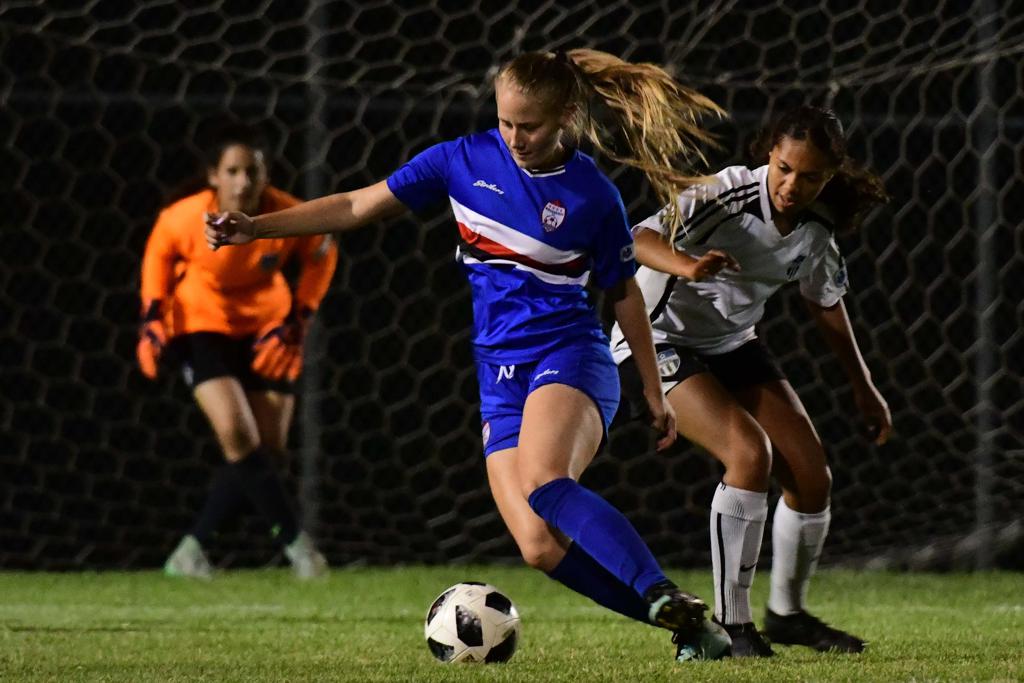 The sides faced each other in the last week of the regular season, July 28, 2019, which Woodbridge won 6-0 including Katalin Tolani's four goal haul.

The hosts dominated the first half, pinning back OSU Force in their own half and creating few real goal-scoring chances.

Ida Micelli, on nine minutes, tried from the corner of the box but it was saved by the visitors' keeper Anna Demarbre. Minutes later, Micelli burst to the byline and pulled back for Tolani, whose low shot hit the base of the far upright off the Demarbre's gloves.

In the first forty-five minutes, OSU Force were on the whole playing defence, barely crossing the halfway line, failing to get a single shot on target, nor earning a corner.

The OSU Force half-time substitute, Tessa Frangione, made a quick impact; against the run of play, she could have given the lead to her side on 50 minutes but Woodbridge keeper Vanessa Fiore denied her in a one-on-one situation.

Woodbridge found the net two more times, both through Diamond Simpson (71', 75'). First, she unleashed a rocket on a free kick from 25 yards into the back of the net, and then, she converted a penalty straight into the top middle of the goal.

The hosts kept the pressure on until the last moment and could have scored a fourth with the last kick of the match, but Demarbre saved an Ashley Osorio shot from the edge of the box to keep the scoreline down. 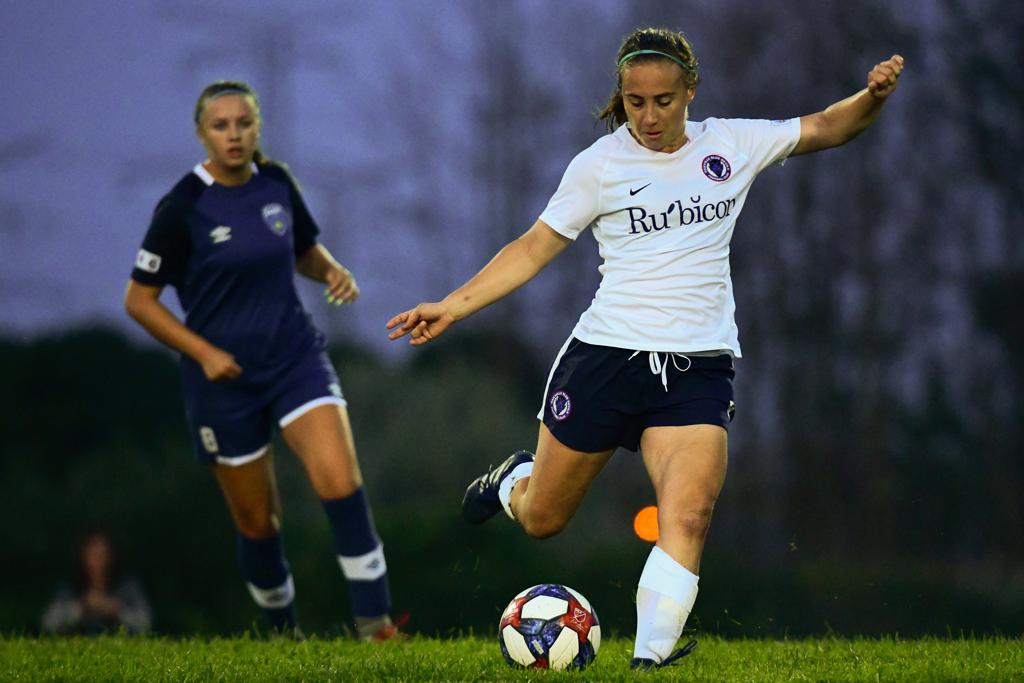 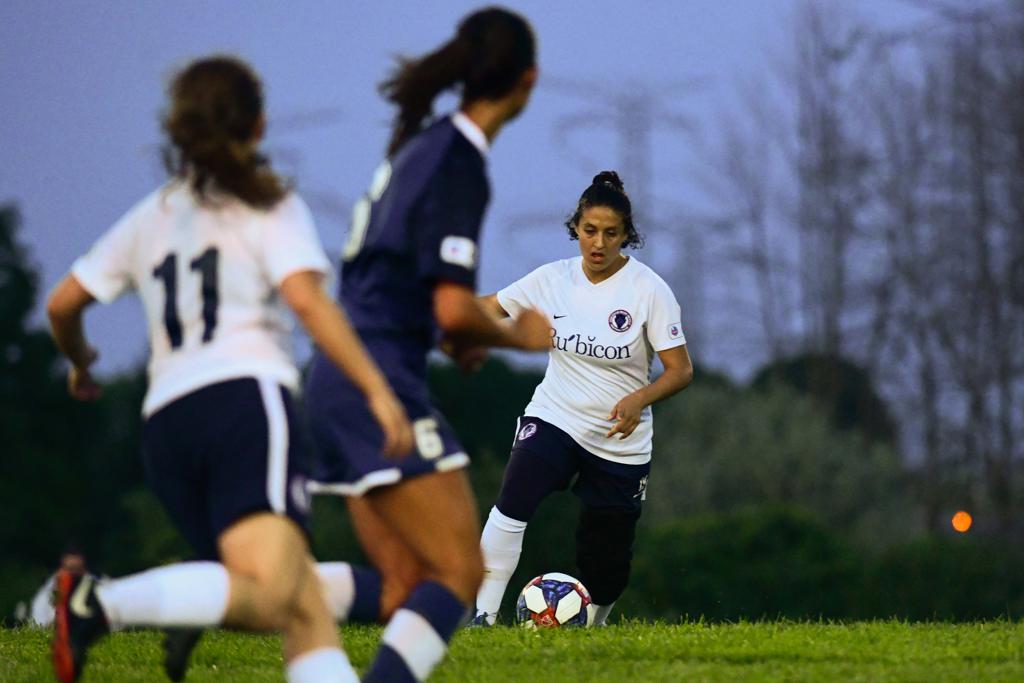 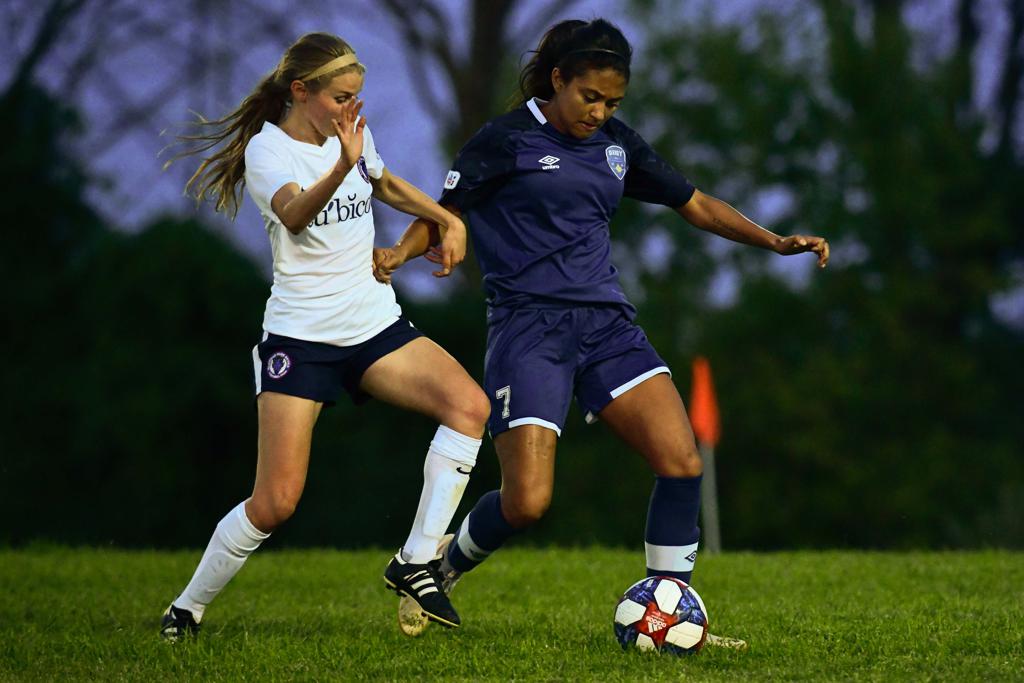 The first half was very well played by both teams, evenly fought and matched, with not very much getting through either defensive line. At the Darby end, any chances that did get through were the property of Darby's goalkeeper, who made quite a few fantastic diving saves this half, keeping her team in the game.

Second half started and finished with Oakville dominating the field. Laura Twidle (63') was the first to make a mark on the scoreboard, taking on the Darby goalkeeper one v one, touching it by her and finishing into the far corner.

The final goal of the game was scored by Oakville player, Jivan Yacou (78'). Yacou received a low ball across the box and redirected it into the bottom right corner, adding a crucial second away goal and ending the game with a 2-0 final over Darby.

The second leg of this Quarter-Final will take place on Sun Aug 11 (2 p.m.) at Sheridan College, Oakville.