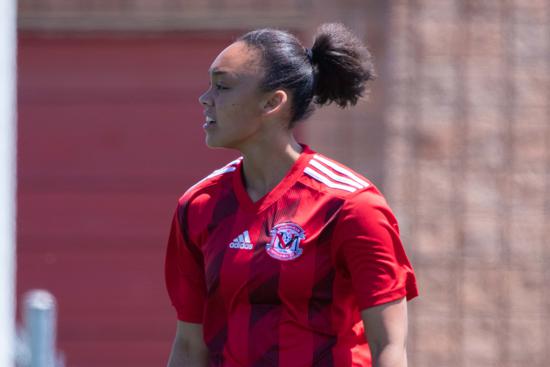 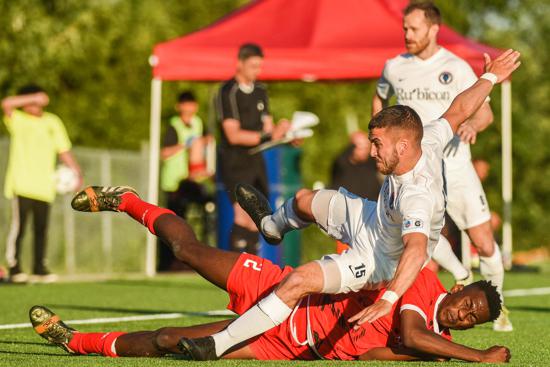 A big win for Unionville Milliken midweek over the 2018 champions, Durham United FA, started off a busy Matchweek 8.

Oakville Blue Devils men followed it up with a narrow away win over North Mississauga SC on Friday night, while Darby women went away to Hamilton and came away with a strong 1-0 result. 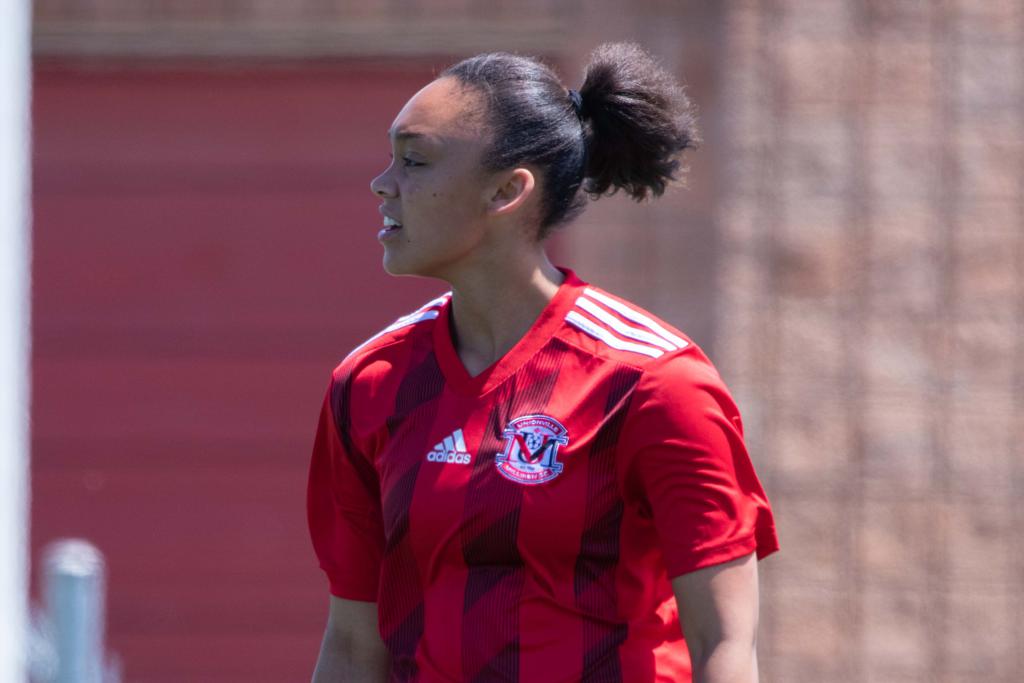 Unionville dominated the first half, keeping the ball in DeRo's end for the majority of the half. Valentina Khan (10') received a low ball across the 6-yard box and redirected it into the bottom right corner for the first goal of the game.

As the half continued, DeRo players were starting to find their footing and connect more passes to their teammates. As a result, they found their first goal of the game. Vital Kats (41') smashed a powerful shot from just outside the 18-yard box, putting the ball right underneath the crossbar.

Just moments later Unionville took back their lead as Shana Flynn (43') finished into the top corner.

Lauren Hogg (77') made it 3-1 after taking the ball deep into the corner of the 18-yard box, beating her defender and managing to squeeze the ball between the DeRo GK and the post. Minutes later Shana Flynn (83') scored her second goal of the game after receiving a great through ball and placing it into the bottom right corner to end put the match to bed at 4-1 to Unionville. 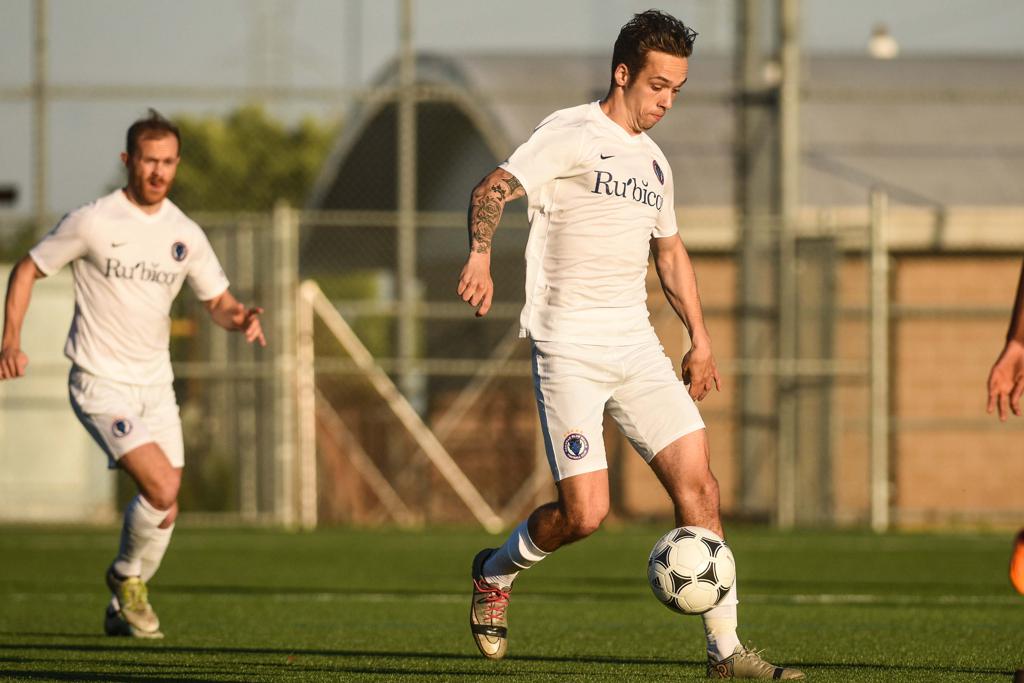 After a feisty battle between North Mississauga Panthers and Oakville Blue Devils, it was ultimately Duarte's last gasp winner that made the difference in Oakville's 2-1 victory at Paramount Fine Foods Centre on Friday night.

Oakville came into this game tied at the top of the table with Vaughan, and for the first 30 minutes of the game looked every bit as good as their record.

The Blue Devils kept the Panthers firmly on their back foot and penned deep in their own end for much of the opening half hour. That pressure was finally rewarded as Oakville's Reshon Phillip (30') got his head onto an Oakville cross and fired it by North Miss keeper, Jared Maloney.

The goal seemed to spur the Panthers to life as they began to push back against Oakville. The Panthers' direct attacks allowed space for Jordan Prescod to make some good runs at Oakville, which finally resulting in a break that Prescod (42') calmly finished into the left side of Blue Devil's keeper Lucas Birnstingl's goal. The game was left tied at the half.

A chippy second half made it difficult for either team to gain any momentum as play was repeatedly halted for fouls. Three cautions were shown after consectutive battles between the teams and neither side looked to be able to score a winner.

Just as the match seemed headed to a draw, Brandon Duarte (90') got the ball in the
six yard box and put it across the face of the goal and inside the far post for the winner. That brings his season tally to six goals and puts him at the top of the race for the golden boot.

North Miss was clearly disappointed with the result, having conceded so late and after putting in a solid match against one of the league's top teams. Their record is now 3-2-2, leaving them with 11 points and in seventh place pending results to finish Matchweek 8.

Meanwhile, the Blue Devils move to a record of 7-1-0 on the season and finish the day at the top of the men's table.

Oakville Blue Devils will next play Masters FA Saints on June 29 (4 p.m.) at a venue TBA. 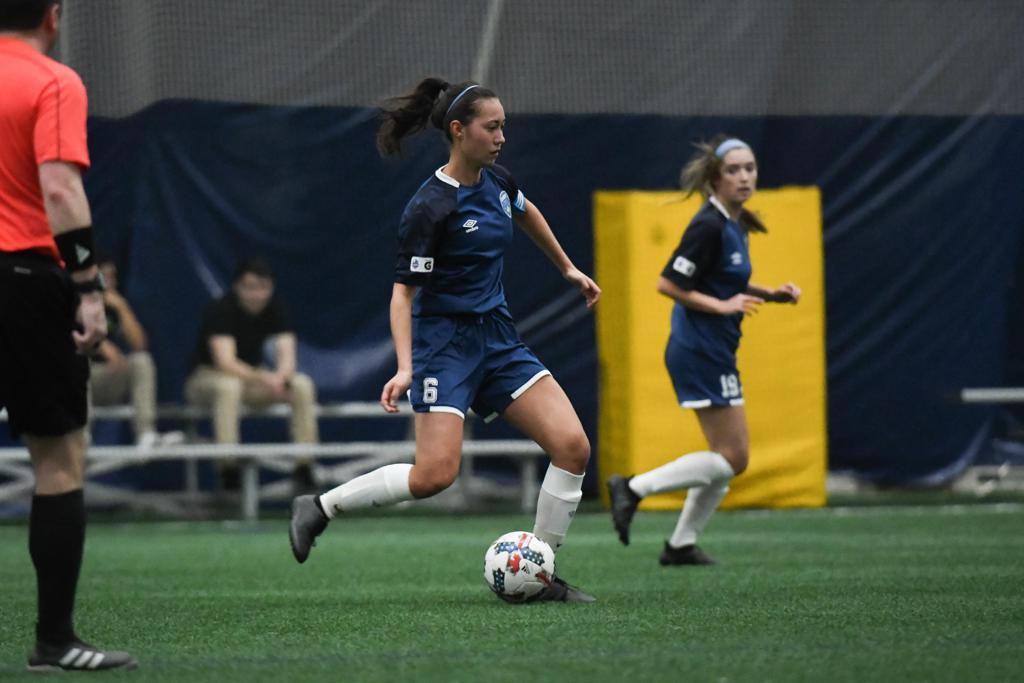 Darby FC walked away from Ron Joyce Stadium, Hamilton on Friday night with all three points after edging Hamilton United Elite 1-0 in a closely contested encounter.

The first half was a fairly even with both keepers being tested. Hamilton's Marilena Spagnolo was forced to make four saves and her counterpart Mollie Eriksson had four saves herself.

Emma Ramsay came closest to breaking the deadlock in the second minute when her shot rang off the post, but the teams went into the break on level terms.

During the second half the match began to open up and Darby took the lead after the ball bounced to Tori Chia (50') at the top of the box and she struck the ball into the top right corner.

Hamilton grew into the game and pressed for an equalizer for the entirety of the second half but the Darby defence did not break down.

The three points came at a crucial time for Darby as they continue their hunt for a playoff spot. Hamilton now has a 1-6-1 record after the Matchweek 8 result while Darby improves to 3-5-0.