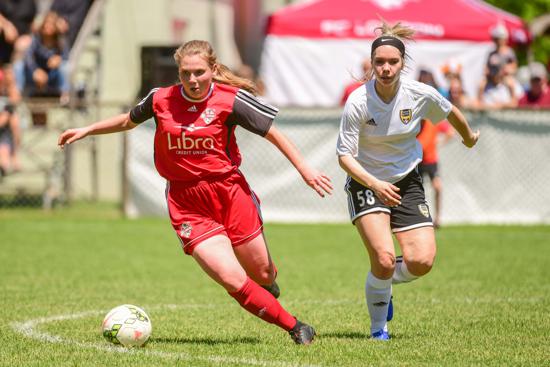 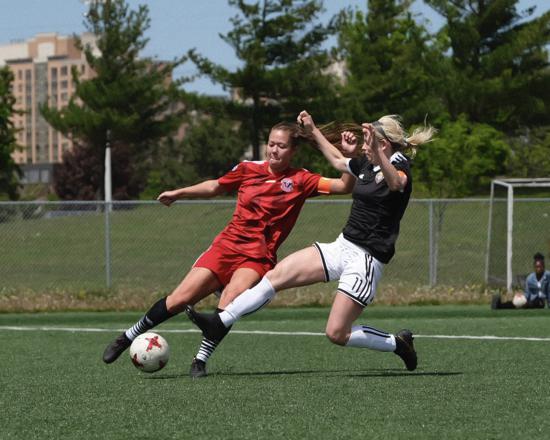 A double-comeback from current title-holders, Durham United FA, and a shellacking for Hamilton United Elite by FC London were the highlights from Matchweek 5 Sunday in the women's division. 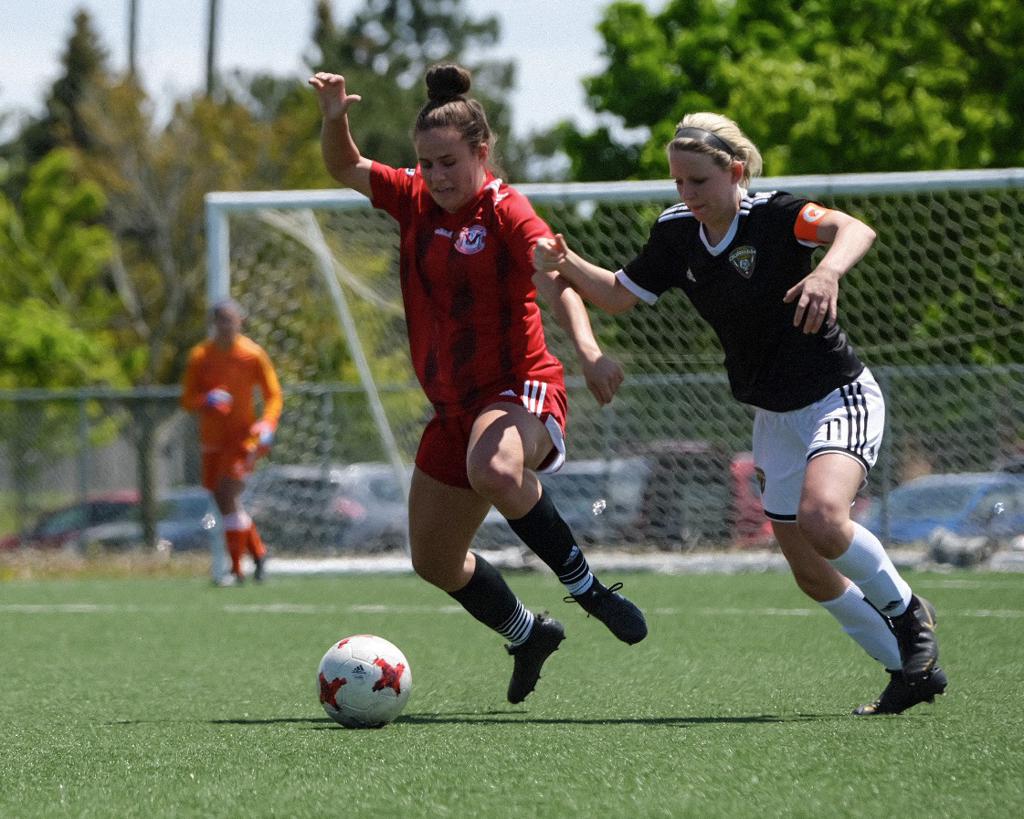 Durham United FA twice fought back to cancel out Unionville Milliken S.C. goals and snatch a 2-2 draw on Sunday.

The first half was a bit quiet in an attacking sense, played more in the middle third of the field with each team eventually finding the net with their only shot on target.

An Isabelle Nashmi (10') shot from outside of the box went in after stinging Durham keeper Danitza Indacochea's gloves and gave Unionville the early lead.

Unionville's lead lasted only 11 minutes however, as Diarra Simmons (21') sent the ball into the back of the net with a low finish from close range.

The hosts came out fighting after the restart and went ahead again after a Natasha Klassios (53') long-range strike.

Unionville could have extended the gap on 67 minutes but Samantha Chang's lob over the keeper in an almost one-on-one situation went just wide.

At the 71st minute, Durham wasted their best chance to back to level terms; Hollie Babut's low shot from inside of the box was denied by Unionville keeper Marissa Zucchetto and Calaigh Copeland blasted the rebound over in front of an open goal from very close range.

Finally, the visitors tied it up when Stasi Torchia (81') controlled a cross from the left side and sent it into the far top corner with an angled drive from inside of the box, securing a point for her side and registering Unionville's third consecutive draw. 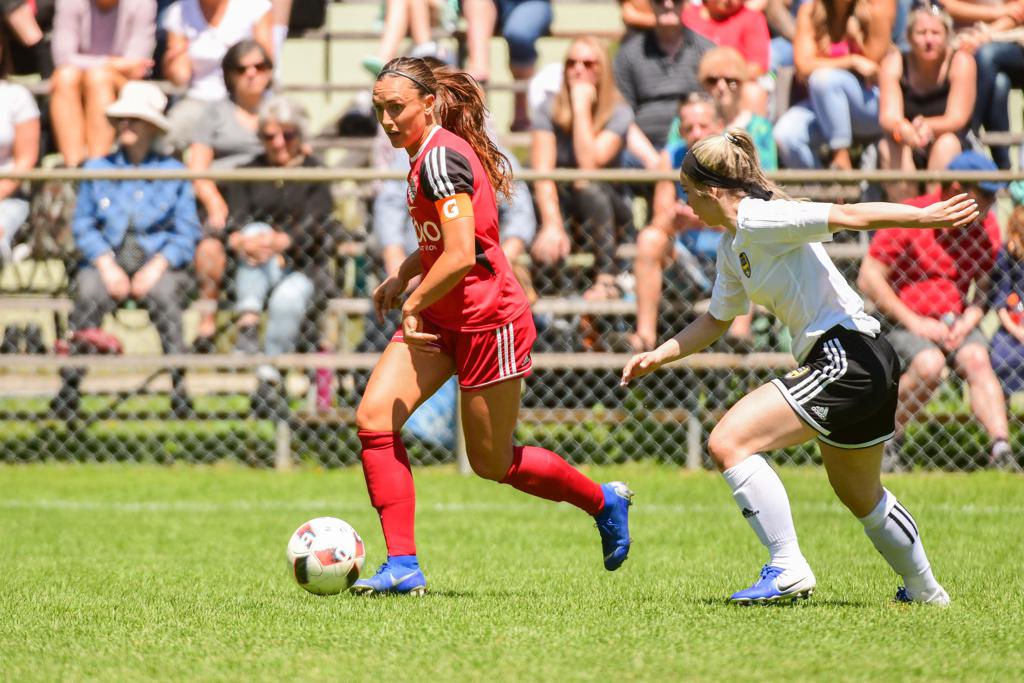 FC London started off strong as they scored an early goal after Oliviera received a low cross from her teammate Benati at the top of the 6-yard box and slid the ball past the defenders.

Only 10 minutes later, London's captain, Kovacevic scored the second goal of the game for FC London. She was just able to receive a pass from her midfielder and made a brilliant turn against Hamilton United’s defence, before sprinting 40 yards to put the ball in the back of the net.

FC London ended the half up 3-0 after Benati pounced on a poorly cleared corner and rocketed a shot into the Hamilton goal.

London continued to dominate in the second half, and almost put the lead to 4-0 but Hamilton United’s keeper, Alana Rossi, made a brilliant diving save in the 55th minute. Still, four minutes later Kovacevic did make the score 4-0 with her second of the game.

Hamilton United had a few soft chances for some shots but it was clear FC London commanded the pitch. In the end, FC London finalized the score at 6-0 with Oliviera scoring her second and Kovacevic nailing the hat-trick just two minutes from full-time.

Goalscorers' Kovacevic, Oliviera and Benati were the clear key players for FC London with their ability to dribble players, make clean passes, and score goals, but the performance of Hamilton United's Emma Ramsay was also notable after making some dangerous runs to create chances for the away side.