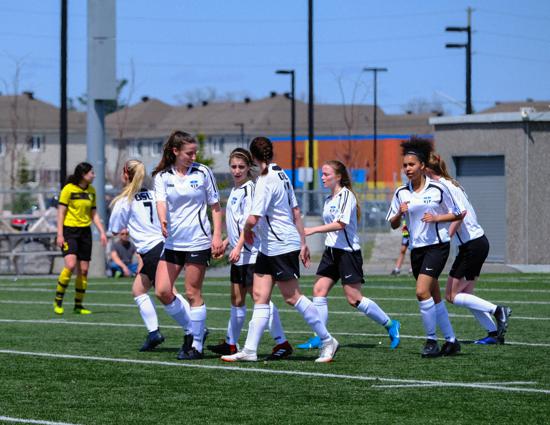 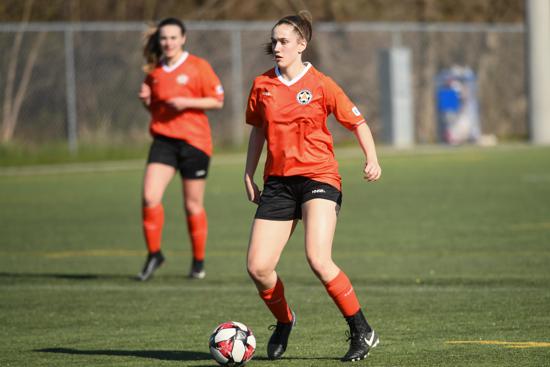 OSU Force rode a Mario Taiwoo hat-trick to a fourth win of the season in their away fixture at FC Oshawa on Saturday, while Vaughan Azzurri remain the only undefeated women's side after a 2-1 result over DeRo United.

Alliance United made it two wins on the trot after a 1-nil result over Aurora SC.

Find match briefs, full match video and a selection of high-res photography from Saturday's match action in the women's division below! 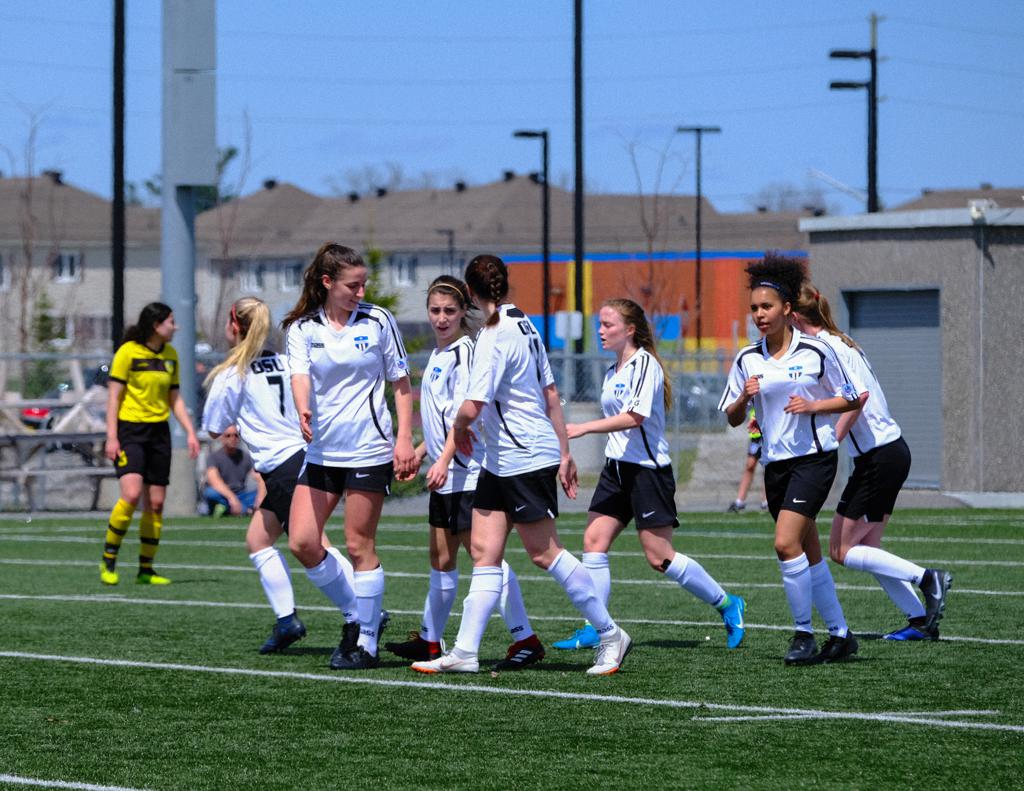 The match started with OSU attempting intricate passing combinations in hopes of passing their way through Oshawa's defence.

The game broke open in the 18th minute as Taiwo got her first goal of the match via a clever through ball by Beaudoin, proceeding to slot home a right-footed finish.

Ottawa would take control of the game with the help of midfielder Shannon Phee, who dominated the midfield and created plenty of scoring chances.

Marion Taiwo scored her second of the match in the 29th minute with a carefully placed left-footed strike outside the reach of the keeper.

The Force continued their dominance in the second half as Taiwo would complete her
hat-trick with yet another composed finish in the 53 rd minute.

Throughout the second half, OSU midfielder Chadwick created a few scoring opportunities for her team via clever displays of skill and footwork. One notable opportunity was in the 67th minute as she set up Taiwo but the striker was denied her fourth goal by a brilliant save from FC Oshawa keeper Sarah Forde. 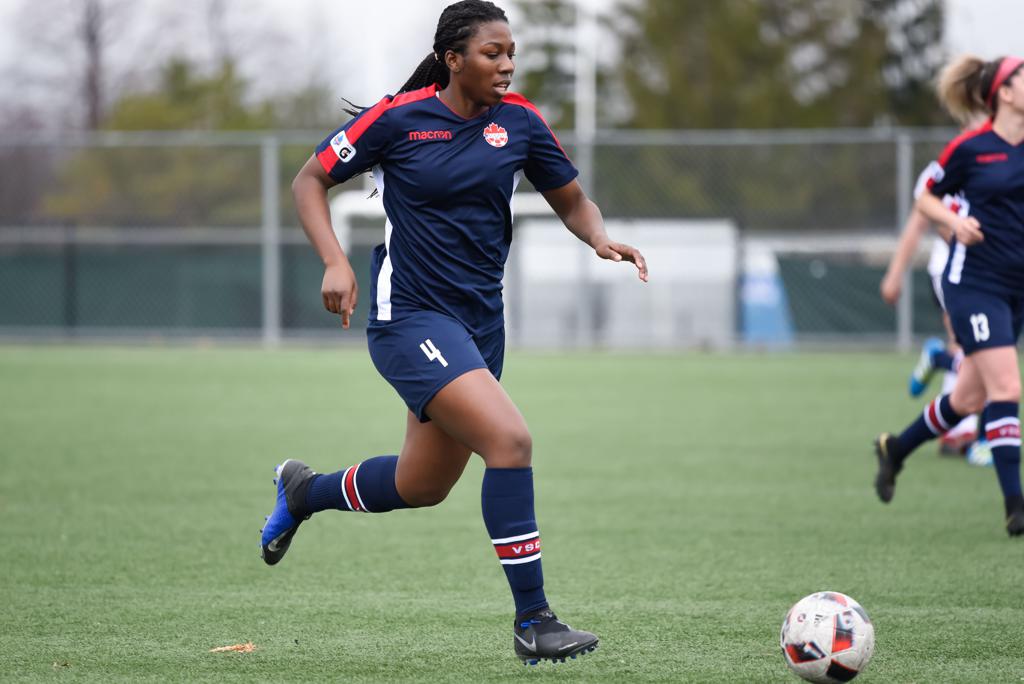 In Matchweek 5, Vaughan Azzurri remains as the only undefeated team after they beat DeRo United FC 2-1 Saturday afternoon at L’Amoreaux.

Vaughan dominated the ball to start the game but was unable to capitalize on their opportunities and continued to trade possession with DeRo United FC.

DeRo took advantage of their first scoring opportunity when Meghan McKye (29') dribbled the ball inside and laid it low to the right to open up the scoring.

A late first-half surge was the difference maker as Vaughan converted two goals to put them ahead.

Kiyani Johnson (37') scored her team-leading fifth goal as she got onto her right foot inside the box and squared up the match.

As the first half dwindled down Vaughan remained relentless to press and Jessie Faber (44') slipped one past the keeper for the deciding goal. 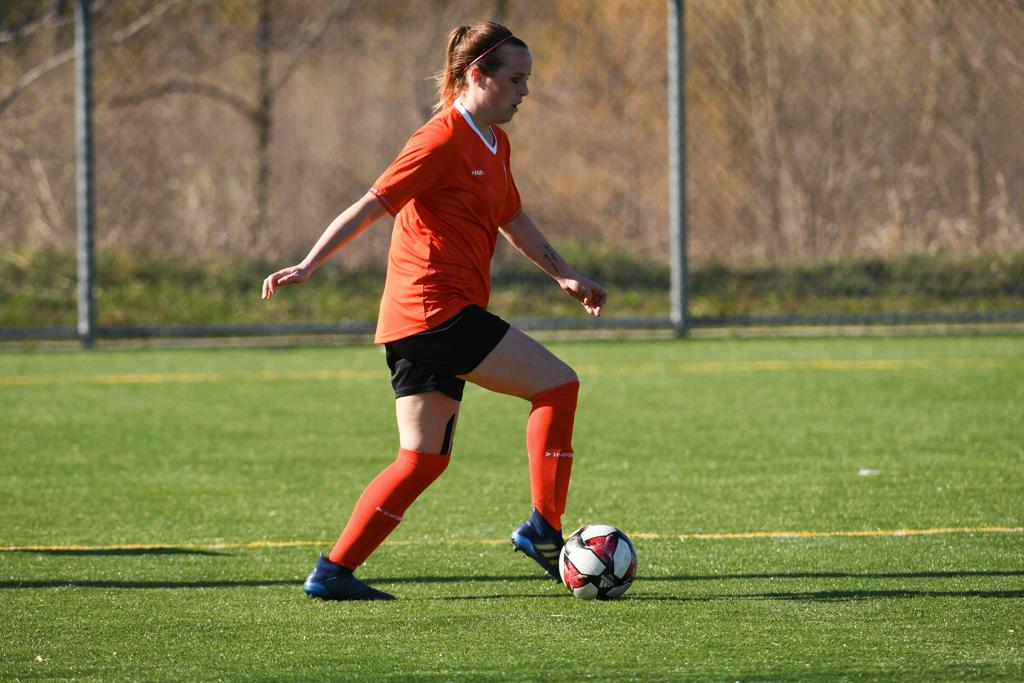 Alliance United FC met Aurora FC in Matchweek 5 looking to keep their winning streak alive, which they managed to achieve after Andrus (63') scored the lone goal of the game.

Aurora came into this game to improve their standings and record by putting their first win on the record.

Despite not having much of the ball in the opening quarter of the game, Alliance made sure to create opportunities. But at the beginning of the second half, Alliance implemented a high press from their strikers and midfielders that quickly created even more scoring opportunities.

The lone goal of the game was scored by Alliance's Andrus (63') after some beautiful passing sequences by her teammates. Andrus found herself on the right side of the net just inside the penalty area, firing across Aurora goalkeeper Phillips and into the bottom left of the goal.