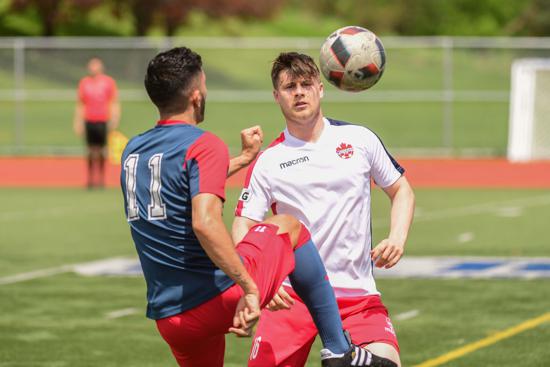 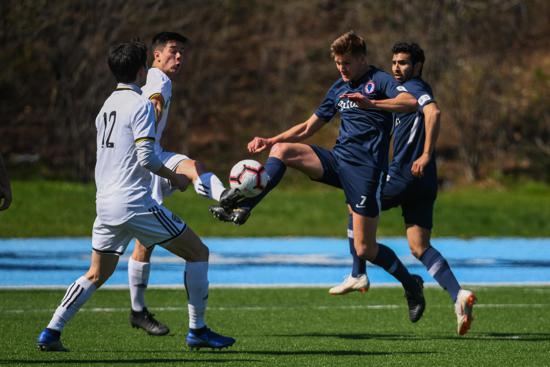 Coming off their Canadian Championship exit earlier in the week, Vaughan Azzurri get back to winning ways to collect three points over Toronto Skillz.

Oakville Blue Devils hold on to a 2-1 victory to deny a late Woodbridge Strikers comeback. 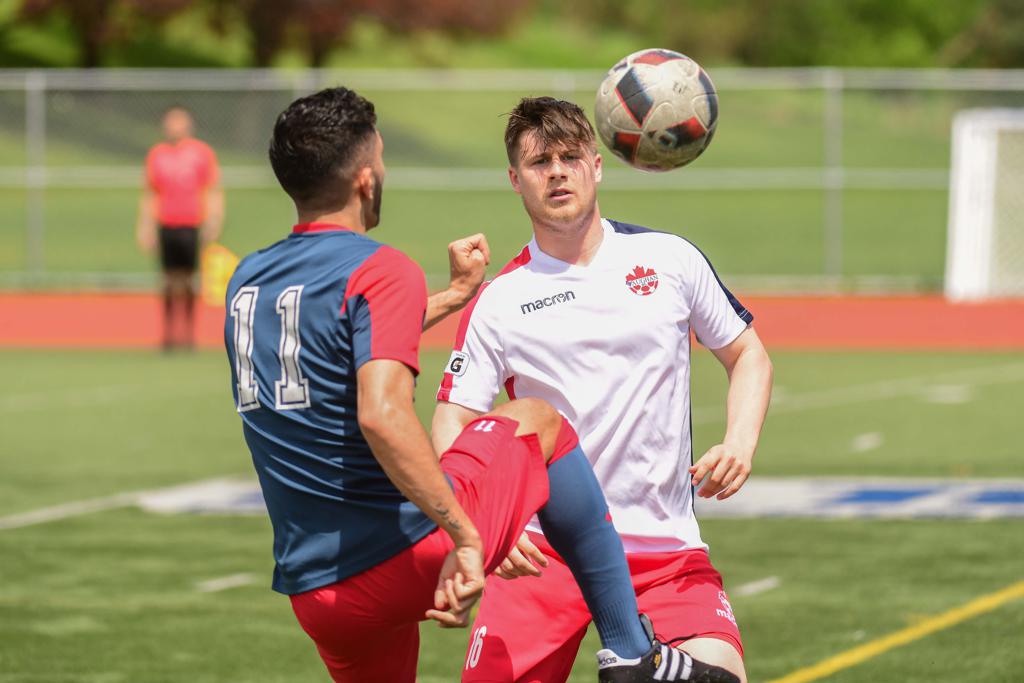 Despite the scoreline, Toronto Skillz FC keeper Stefan Dusciuc was a key player for his team.

Toronto Skillz had the better of the early play pressing high up the field, but it was Vaughan Azzurri who found the breakthrough first.

In the 15th minute, Azzurri forward Ryan Raposo sent the ball into the back of the net from point-blank range with a low shot on a Dayonn Harris header assist.

An unmarked Duran Lee (32') doubled Vaughan's lead with a tap-in at the back post on a corner from the right side.

The second half had the same story as the game was balanced and the hosts struggled to open up the opponent's defence.

The hosts struggled to make an impact throughout the game. Their only chance on goal was a free kick opportunity that was denied Azzurri keeper Ali Ghazanfari-Moghaddan. 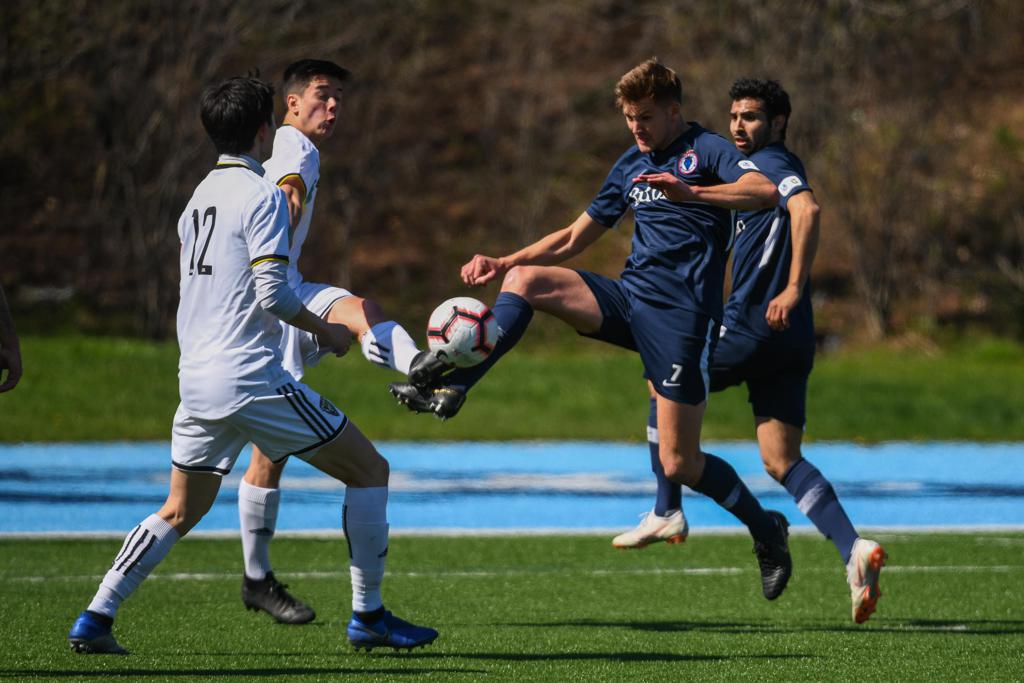 The Oakville Blue Devils continue to be undefeated in its first four games of the season, this weekend it was a 2-1 road win against the Woodbridge Strikers.

In the opening minutes, the home side created a few promising opportunities but Oakville were defensively solid. Until the opening goal of the match, neither side could hold on to possession with a lot of end-to-end plays.

The Blue Devils’ chance to open the scoreline would come off a corner kick. Oakville’s Evan James (26’) was able to tuck the ball nicely into the bottom far post of the net after Woodbridge’s keeper had the ball slipped through his hands.

Oakville’s Brandon Duarte (29’) slipped through Woodbridge’s backline to amplify his side scoreline, in a one-on-one situation against Woodbridge’s keeper, Duarte confidently slotted the ball into the goal.

The Blue Devils would efficiently clear any dangerous play in their attacking third and attempt to slow down the tempo of the game with their 2-0 lead into the second half.

The host's Strikers would continue to play with high intensity and momentum in the second half but couldn't find a goal into the late minutes of the match.

Woodbridge’s Tyrell Rayne (79’) struck the ball from close range into the goal, giving his team a glimmer of hope to have possibly taken a point from the match.

The Blue Devils remained compact in the closing minutes of the match to see off a Woodbridge equalizer.

Woodbridge Strikers will look to bounce back from this defeat as they host Master’s Futbol next Sunday, June 2nd, 5 p.m.

Oakville Blue Devils will host their next game against Vaughan Azzurri who have gone three games undefeated since their season opener, on Sunday, June 2nd, 4 p.m at the Sheridan Trafalgar Campus.