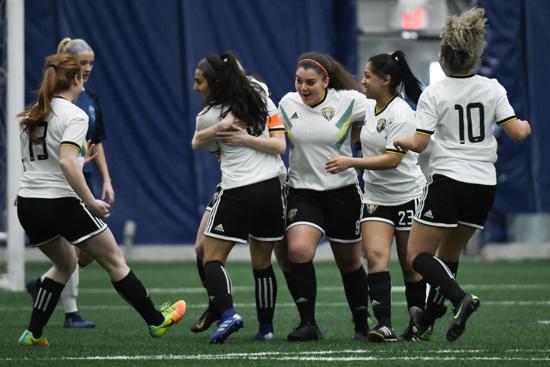 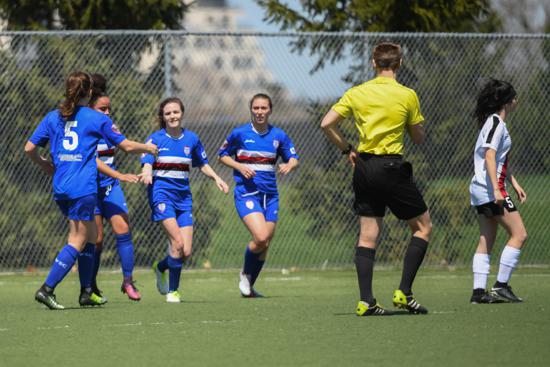 Durham United FA's grabbed a commanding 6-1 victory over North Mississauga S.C for their second victory of the season. 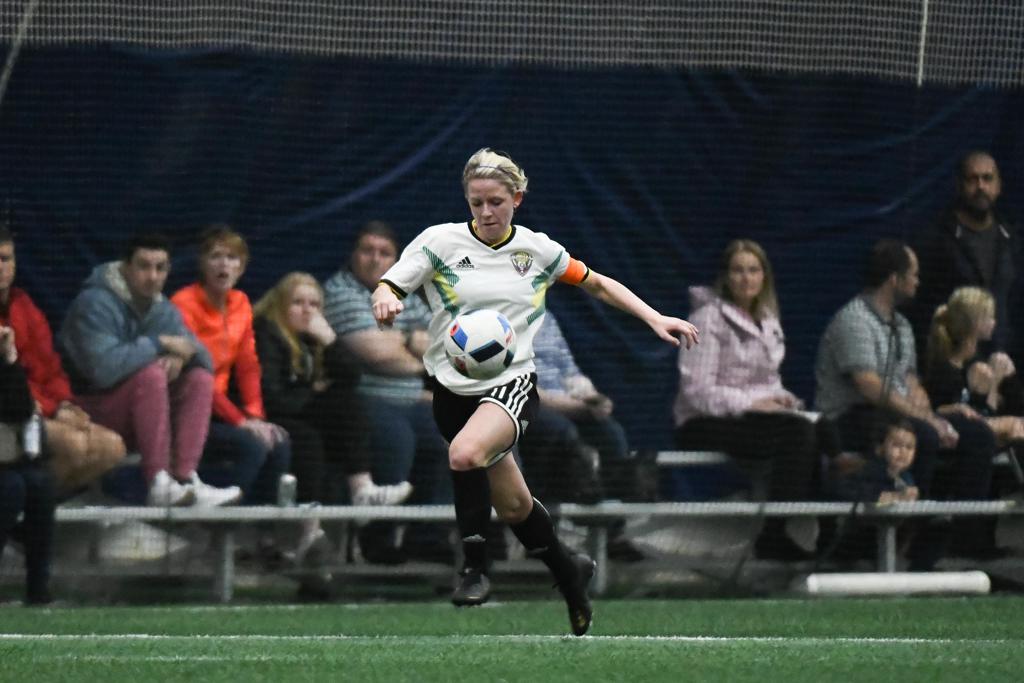 Durham United FA piled on the pressure from kickoff to the final whistle in a 6-1 victory over North Mississauga on Wednesday night at Paramount Fine Foods Field, Mississauga.

Relentless in attack, Durham attempted 30 shots, with 16 of them hitting the target. Hollie Babut led her team with a brace as she covered most of the ground to exploit the space behind the North Miss defence.

Calaigh Copeland (9') jumped quickly on an opportunity on goal after getting caught offside less than a minute before. She made no mistake the second time around as she finished the ball past Panthers' keeper Sam Beckles to open the scoring.

Babut (20') doubled the lead after she was set free in a one-on-one situation in the North Mississauga box. Babut rounded the keeper and slid the shot in to make it 2-0.

North Mississauga were pinned in their own half, but Kristin Costa made most of her team's limited chances as she charged down the left wing to chase a ball in a counter attack. She swung a cross in, and Paige Olesinski (29') put it past Durham keeper Danitza Indacochea to make it 2-1 on their first shot of the game.

Durham extended their lead to 3-1 when a cross from the left wing was deflected into the net by North Miss defender Kim Beckles for the own goal.

Wave after wave of attack continued in the second half. After Diarra Simmons (55') received the ball in the box, she turned and put away the fourth goal for Durham. Jordane Carvery (62') rose high on a corner kick to head the fifth home, and Babut (88') finished the final chance from a tight angle, ringing the ball off the post before it crossed the line to make it 6-1.

Despite the lopsided scoreline, S. Beckles made 12 saves for the Panthers, including two consecutive saves in the 76th minute to stop a shot from point blank range and the follow up from distance.

Indacochea had a quiet game in front of the Durham goal as North Miss only had two shots on target, but her dive in the 34th minute to stop Luba Sulypka's shot kept the momentum for the visitors as they cruised to victory.

After playing on short rest, both teams get a long-deserved break before their next competitive matches.

Durham United is off for the rest of the month. They'll get the ball rolling again at L'Amoreaux, Scarborough, when they visit Unionville-Milliken SC on Sunday June 2, 1 p.m. 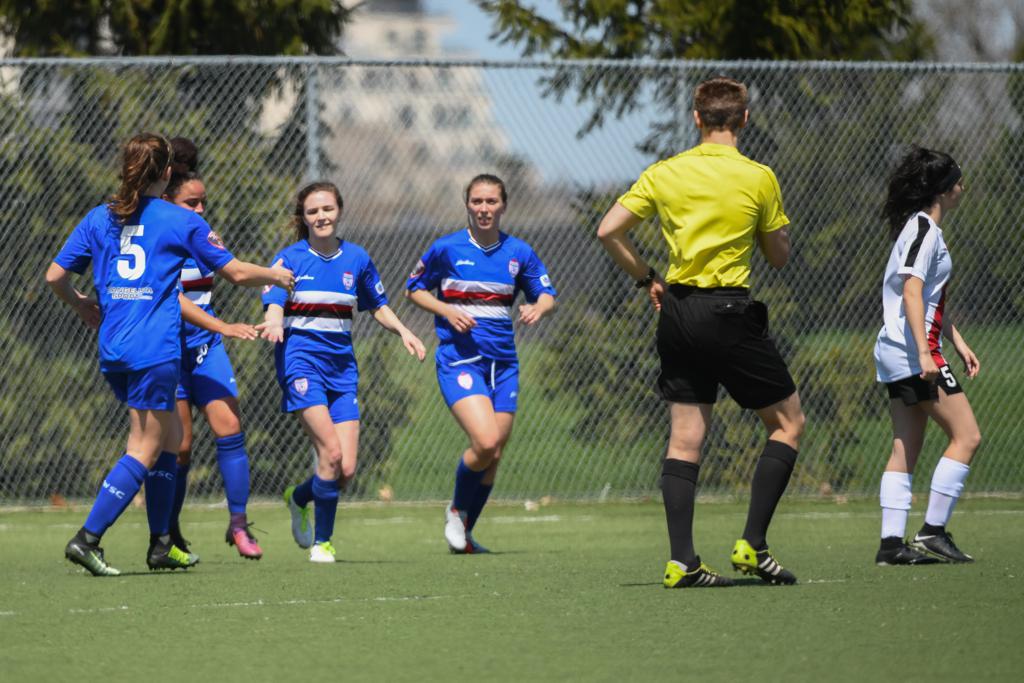 The first half was a fairly physical and enthralling encounter with Hamilton conceding six fouls to Woodbridge’s five.

April Syme (3’) opened the scoring for Woodbridge early after heading a cross in off a corner.

Hamilton equalized not long thanks to Gabrielle Paupst (18’) who cut the ball to the top of the box and found Maila Carboni who calmly finished past the Woodbridge goalkeeper.

Woodbridge regained the lead in the 28th through striker Lauren Hart after a great run and cross by full-back Jayda Hylton-Pelaia.

The third Woodbridge goal came moments later from Ida Miceli (34’)  who made a smart run towards the box and fired from 25 yards out, past Hamilton goalkeeper Marilena Spagnolo.

The second half saw three changes right away for Hamilton and it immediately paid off as Cara Cutaia (48’) scored only three minutes into the restart.

The game proceeded with a high tempo as Hamilton pushed for a leveller but it was Woodbridge who would strike next through Kennedi Herrmann in the 82nd minute, putting the score to 4-2 and what seemed to be beyond Hamilton’s reach.

Hamilton responded near the end with Mia Palango (87’) tapping in from three yards out but it was too little too late for the home side.

Hamilton United’s next game sees them travel to German Canadian FC Stadium to take on FC London on Sunday, June 2 at 2 p.m.

Woodbridge will hit the road again to take on Darby FC at the Whitby Soccer Centre Dome on Friday, May 31 at 8 p.m.