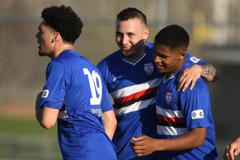 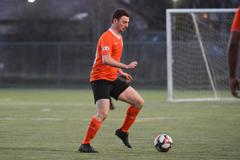 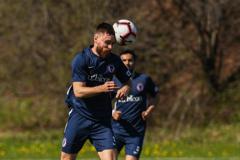 The Woodbridge Strikers visited Toronto Skillz at Birchmount Stadium and went home with all three points in a commanding 5-0 victory.

Alliance United kept their undefeated run going with a 3-0 win over the visiting OSU Force.

While the Oakville Blue Devils held off a resilient Aurora FC side to capture a 2-0 victory at home. 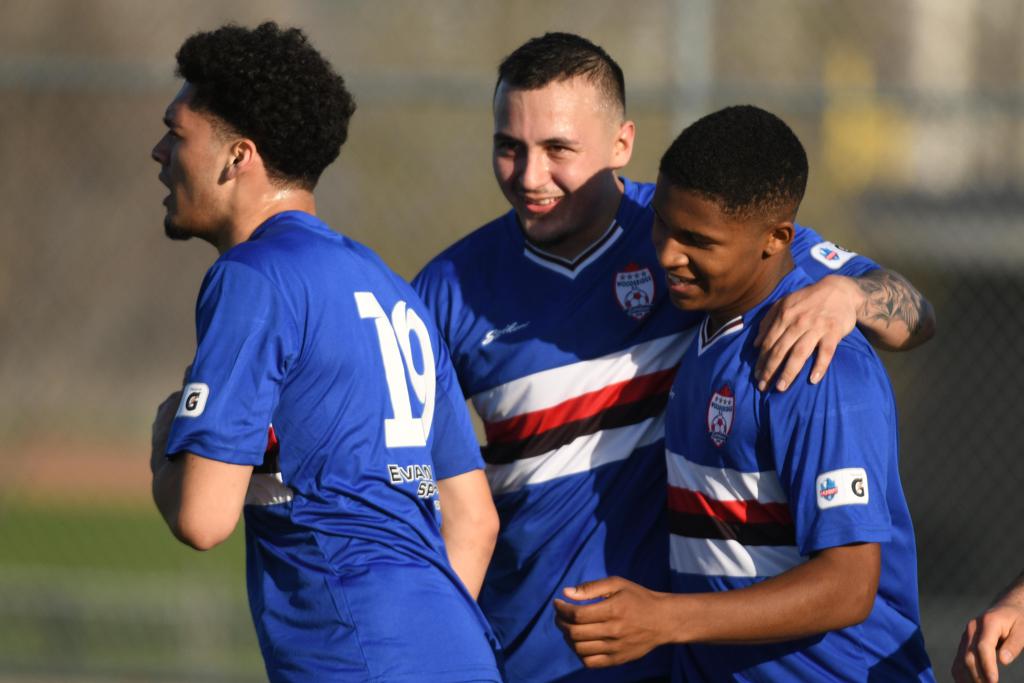 Five different players were on the scoresheet as Woodbridge Strikers enjoyed a big win over Toronto Skillz in the League1 Ontario afternoon game at Birchmount Stadium on Sunday.

The visitors have taken an early lead in the game through Isaiah Johnston (10'). Johnston won the ball in midfield, played a one-two with Jose De Sousa and finished with a low shot past Skillz goalkeeper Rodrigo Aguiar.

Woodbridge kept piling on the pressure, especially from the left flank, thanks to nice passing combinations from wing back Joshua Kiselyov and left attacker Emmanuel Issac.

It was no surprise that their second goal came from the left, as Kiselyov's cross from the left found Matthew Santos, who made a first-time shot inside the box to make it 2-0.

Toronto Skillz wanted to shake things up with four subs at the interval, but Woodbridge made a similarly fast start to the second half and their will showed with two goals in a space of two minutes.

In the 56th minute, it was substitute Tyrell Rayne, who made an instant impact as he scored with his first touch of the game.

Rayne followed a loose ball following a save from Skillz' Aguiar and tapped the ball into the empty net.

Two minutes after, Issac (58') beat the keeper with a lovely lob and put the game beyond doubt.

On the second minute of stoppage time, Lowell Wright capped the rout with a goal from a close-range finish.

Woodbridge Strikers will host Oakville Blue Devils on Sunday May 26, at 5 p.m in a crucial game for the top spots of League1 Ontario.

Toronto Skillz will host Vaughan Azzurri on Sunday May 26, at 2 p.m. 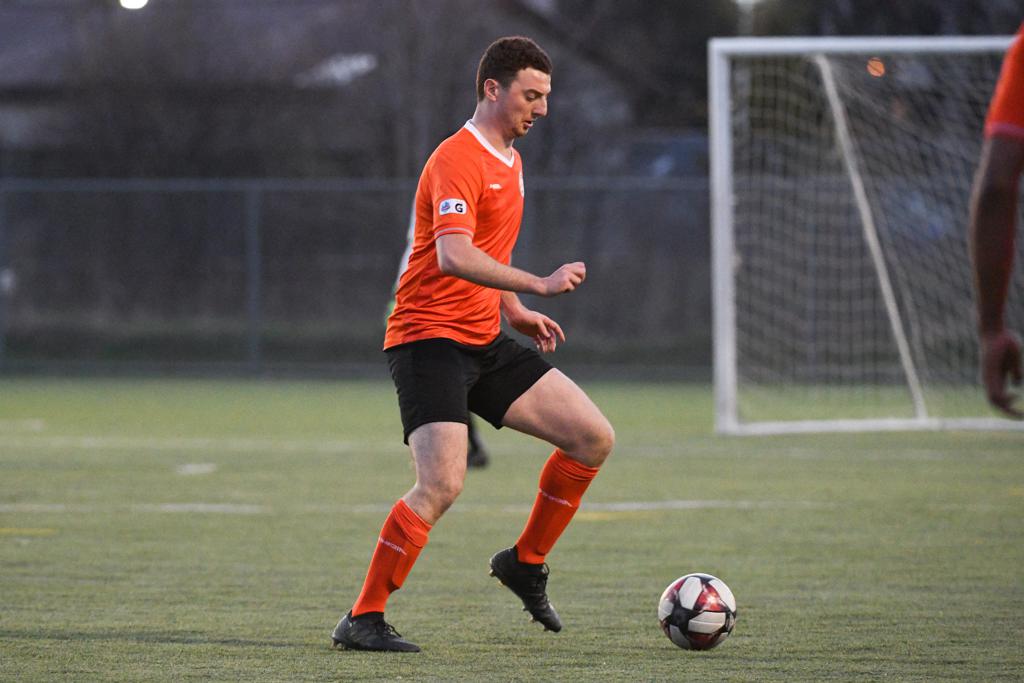 Alliance United FC managed to beat OSU Force 3-0 at home to celebrate their third win of the season, boosting them to the top of the League1 Ontario table.

Although the scoreline might not reflect how important he was for his side, Alliance goalkeeper Praveen Ahilan, played a big part in his team’s victory in this game.

Ahilan's first save came in the 17th minute when the game was still goalless and Alliance had barely got a shot on goal.

The Alliance keeper's second crucial save was even more important, as an OSU forward managed to put himself in a one-on-one position with Ahilan, forcing him to make another diving save to keep the score 1-0.

With their goalie making big saves to give his team a spark, striker Milan Beader (37') got his side their first of the game.

OSU would tighten up their backline after giving up the games first goal, which saw their opponents work hard to increase their lead.

Alliance, who had missed a couple of promising goalscoring opportunities early in the second half, finally got the all important second goal by second-half sub Artem Tesker (71').

The match would finish up with Atchuthan Sivananthan (90+4') strike that sealed the 3-0 victory for Alliance over OSU Force.

Alliance will face Darby FC away at Whitby Soccer Centre Dome on May 23 at 8:45 p.m.

While OSU Force will host FC London at Quinns Point on May 25 at 5 p.m. 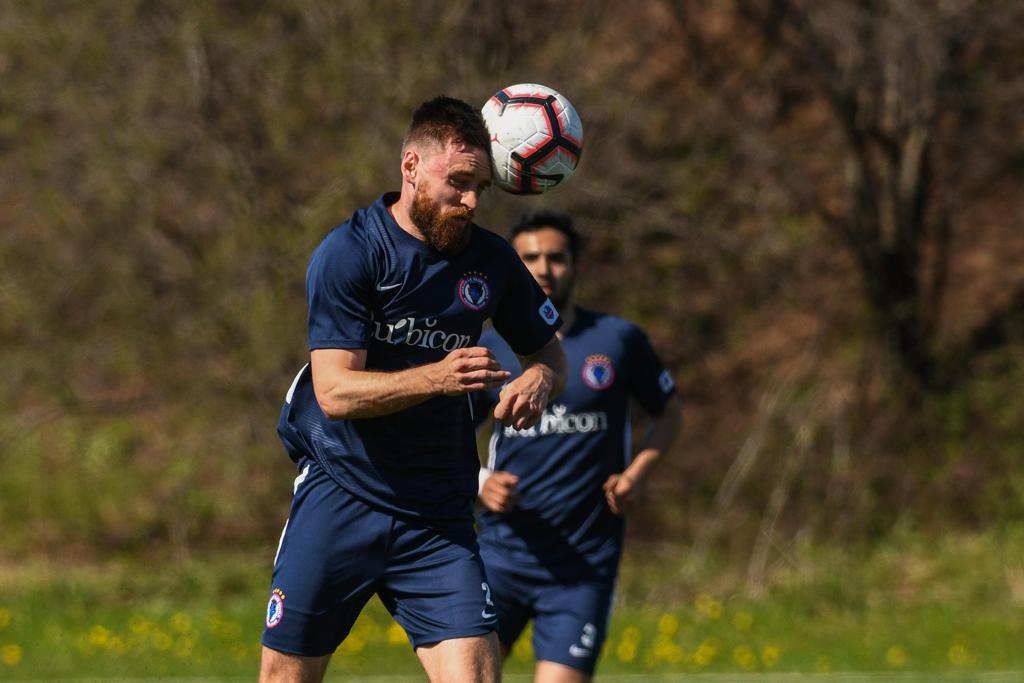 The match was set out to be an interesting one before the first whistle as former Blue Devils players Filipe Vilela and Nuno Carvalho returned to Sheridan College sporting the Aurora yellow.

It was a chippy yet exciting one from the get-go. Many fouls were committed, a few cautions handed out, and high tensions in the early moments of the match.

The Blue Devils found themselves with slightly more possession and threatening chances but couldn’t quite find the target hitting three shots on, and four shots off target. Aurora, on the other hand, put three shots on target, missing only one.

The Blue Devils’ best chance in the first half came in the 19th minute when Rajvir Khalon found himself in some space on top of the 18-yard box. He cracked a shot heading for the top right corner, only to be denied by the diving hands of Aurora goalkeeper Ryan Collins.

Aurora’s Niklas Bauer had the best chance for his team in the 33rd minute when a poor clearance by Blue Devils’ goalkeeper Lucas Birnstingl gifted Bauer the ball right outside the 18.

He fired a shot heading straight for the bottom left corner but Birnstingl redeemed himself by making the outstretched right-hand save.

A game changer came in the 39th minute when Blue Devils’ defender Cory Vickers was dismissed from the match after receiving a second caution. The match was scoreless heading into the half.

Now down to 10 men heading into the second half, Blue Devils’ coach Duncan Wilde was forced to revisit his formation and make some changes bringing on three pairs of fresh legs.

Despite being down a man, the home side looked unaffected as they came out strong and pressed their opponents.

The Blue Devils’ would get the opening goal in the early minutes of the half when substitute Braden Culver was taken down in the box. Khalon (47’) stepped up and calmly slotted the penalty away into the right side putting his team up 1-0.

Substitutes Culver and Brandon Duarte connected many times in the second half. One notable moment was shortly after the first goal as Duarte’s header hit off the crossbar causing a scramble in Aurora’s box, which was eventually cleared to safety.

Duarte would redeem himself in the 61st minute, when defender Zachary Drake made a surging run down the right side. Drake’s cross found Duarte in the box as he volleyed it on target. Aurora’s Collins got a hand to it but not well enough, as the ball trickled just passed him and over the goal line.

The last 10 minutes saw Aurora pressing trying to get on the scoreboard. They had the Blue Devils pinned in their half but couldn’t quite crack the home side’s defence who remained disciplined.

Aurora swung in many crosses from the flanks and off of corners but couldn’t capitalize on them. Their best chance of the half came from 18-year-old substitute Parmpreet Singh who fired a shot from distance forcing Birnstingl to make a quick save and tip it over the bar.

Oakville Blue Devils will play away to Woodbridge Strikers at Vaughan Grove 1 on Sunday May 26 at 5 p.m.

Aurora FC will play away to Sigma FC at Paramount Fine Foods Centre 1 on Thursday May 23 at 9 p.m.