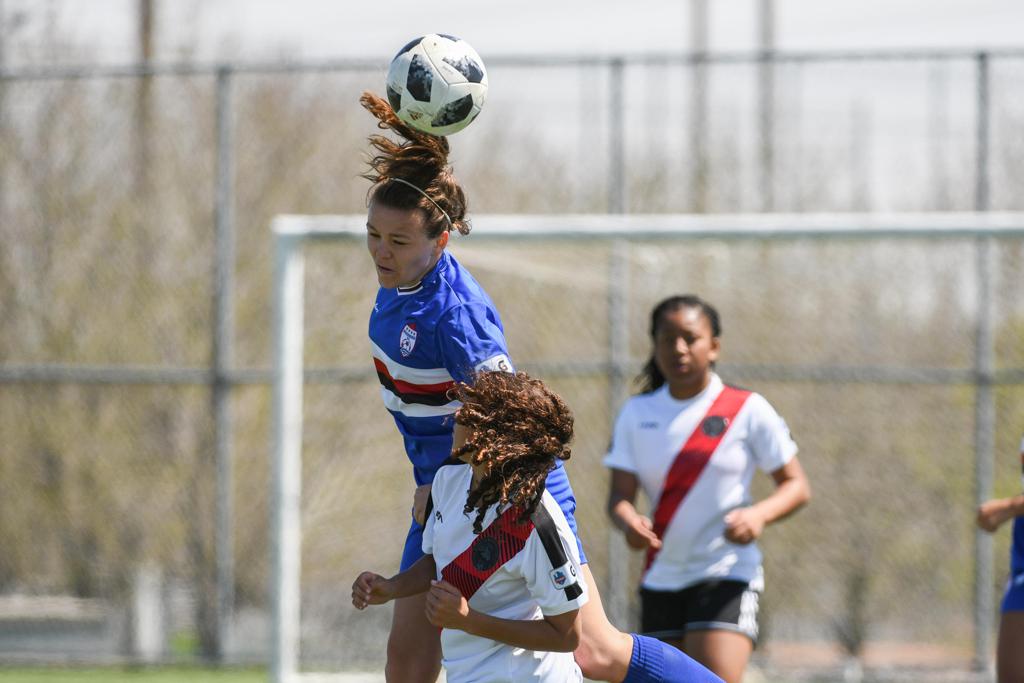 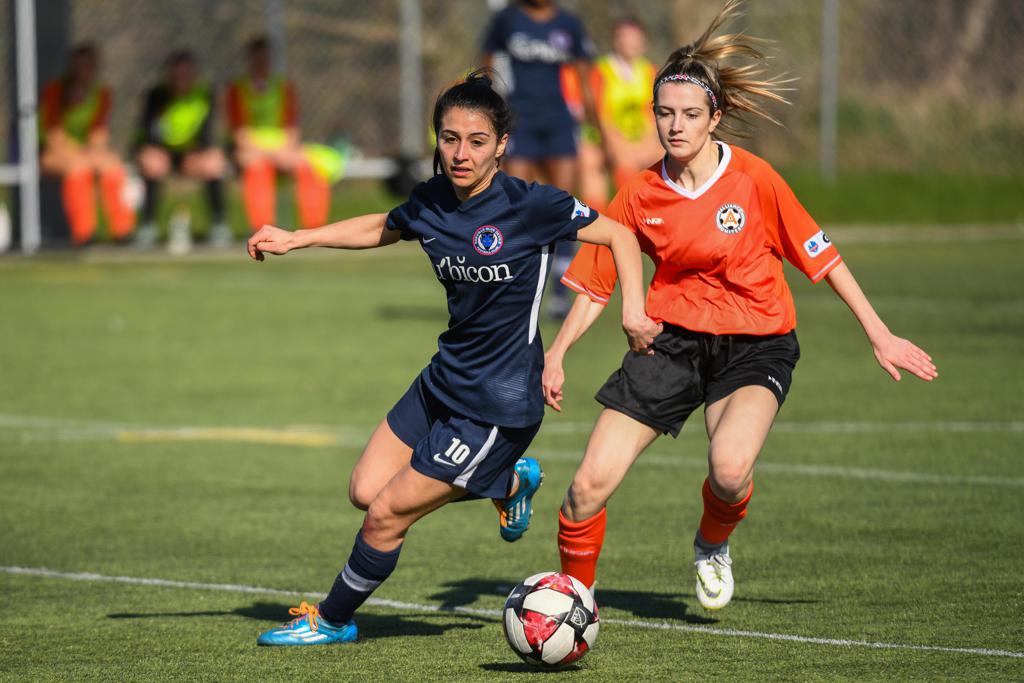 An intensely fought east-GTA derby featuring the 2018 champions, a hat-trick from a new, young phenom, and a few tidy braces from some individuals to watch out for - Day Three of the #L1OKickoff2019 women's division had it all! 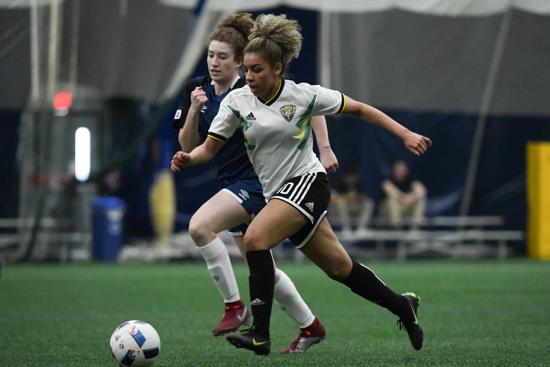 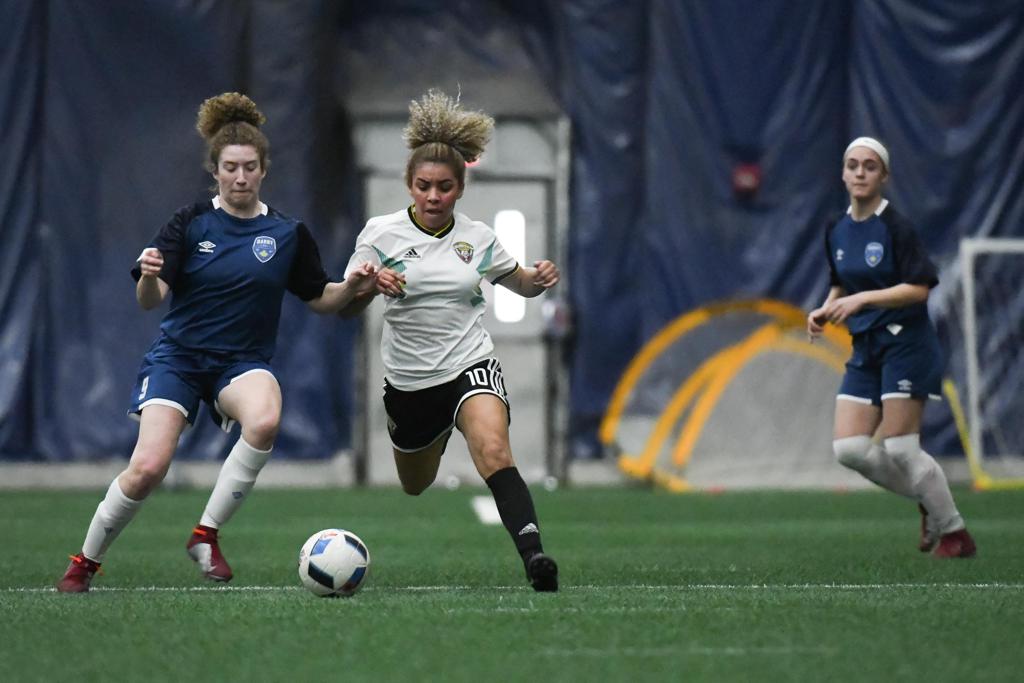 The 2018 League1 Ontario champions came out strong as DUFA captain Babut (4', 36') had two very composed finishes, the first a tap-in off a great cross from the left flank, and the second a calm finish after being sent through on goal from the halfway line.

Darby came out strong and determined to get back into the game in the second half, applying constant pressure on DUFA. The defence finally cracked when Darby earned themselves a penalty and Chia (70') slotted it past the keeper.

In the dying minutes Darby seemed destined to equalize, but DUFA keeper Indacochea made a terrific save to secure the three points for the home team on opening weekend.

Darby FC will next play Vaughan Azzurri on May 12 (6 p.m.) at the Whitby Soccer Centre Dome, Whitby.

Durham United FA will next play Oakville Blue Devils on May 12 (4 p.m.) at Sheridan College, Oakville. 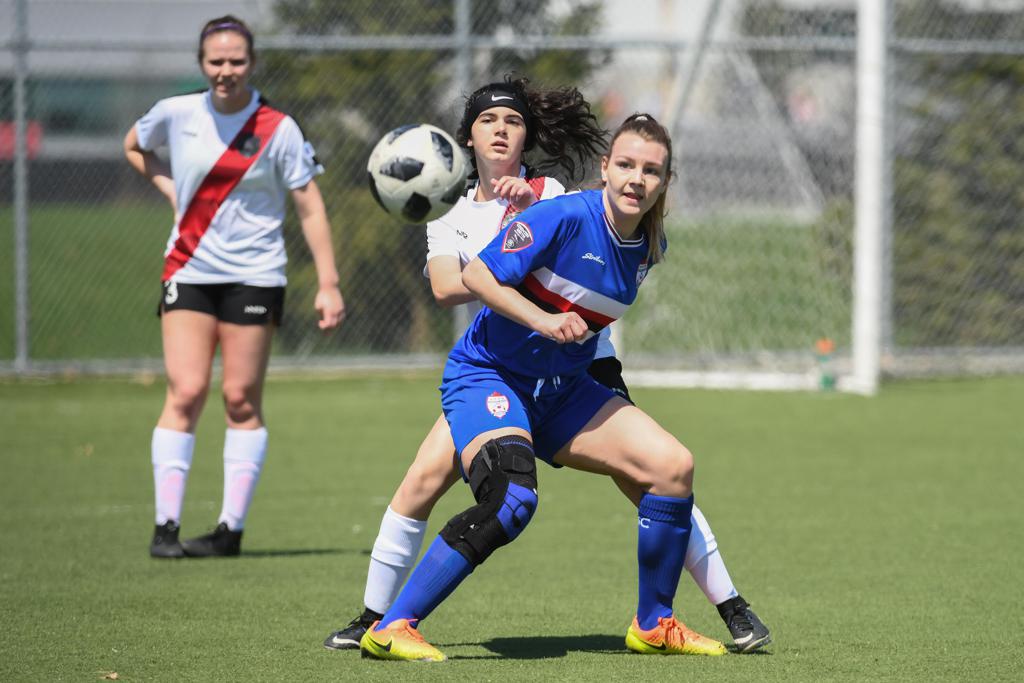 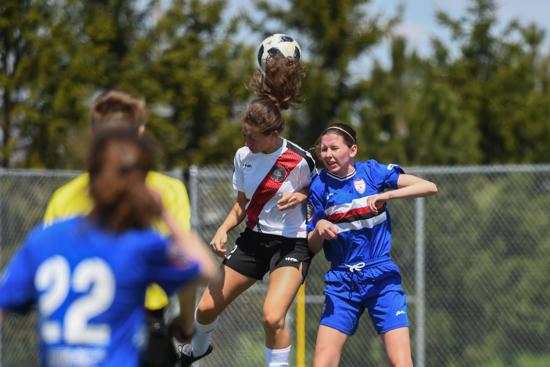 Woodbridge Strikers ran riot over North Mississauga SC with a tennis-style 6-0 score, including a hat-trick from forward Lauren Hart (20', 58', 89').

Lauren Hart after running onto a long ball, letting it bounce, and then smashing a half volley from inside the box into the top corner, giving the rival keeper Meaghan Howell no chance.

April Syme's (31') free header on a corner doubled the lead and three minutes later Herrmann (34') put her name on the scoresheet with a precise shot from inside the box.

Hart added her second just before the hour after guiding in a perfect pass from Herrmann at the back post.

Woodbridge substitute Cherilyn Yeboah (83') sent the ball into the far top corner with a powerful angled drive, and just a minute before the end of the regular time, Hart completed her hat-trick, beating the keeper in a one-on-one situation.

Woodbridge Strikers will next play Alliance United FC on May 12 (1:00 p.m) at Vaughan Grove Turf, Woodbridge.

North Mississauga SC will next play OSU Force at Quinns Pointe, Ottawa on May 11 (2:00 p.m). 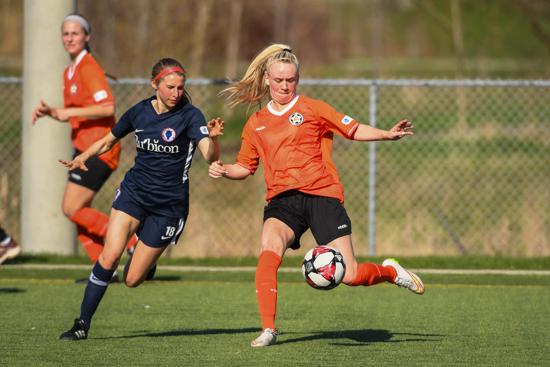 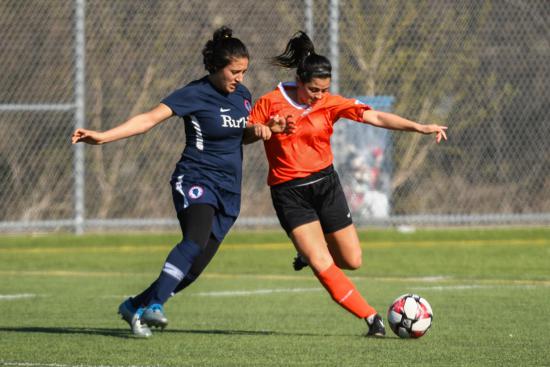 Oakville Blue Devils came away from Mount Joy with a win in their first game of the season against Alliance United, beating them 2-1 after a brace from Kyeame (55' 71’) and an own goal.

Oakville goalkeeper Rachel Yerxa had to wait until the twenty-eighth minute before a shot, but she dealt with it well and showed no signs of a lack of concentration. Alliance continued to grow into the game, accumulating good spells in possession but lacking a cutting edge and a final ball in the attacking third.

Shortly after the half-time break, Oakville’s Kyeame found the breakthrough with a deft finish after a lovely cross-field ball. Kyeame made it a brace after a beautiful strike from outside of the box smashed in off the bar.

Alliance were given a lifeline just before full-time after a cross in the box deflected off Oakville defender, Melhado, but it was too little, too late.

Alliance will next play Woodbridge Strikers at Vaughan Grove Turf, Woodbridge on May 12 (1:00 p.m.).