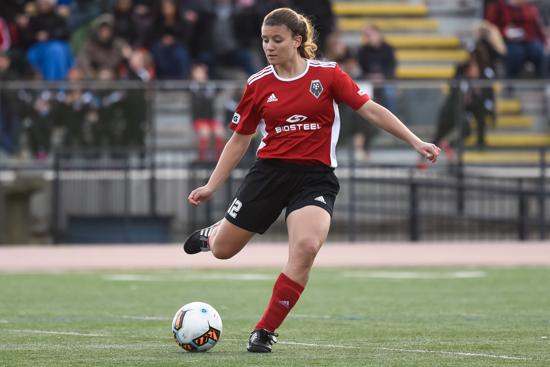 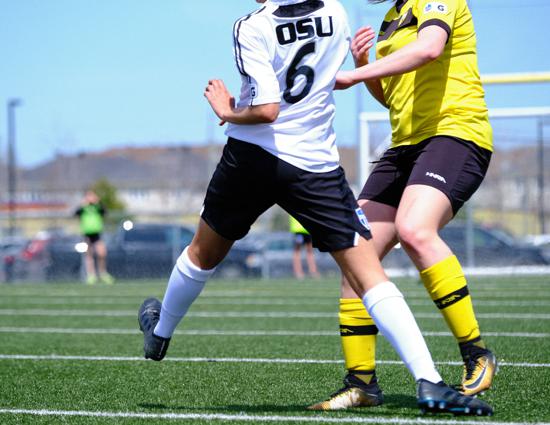 OSU Force and DeRo United came flying out the gates in their first League1 seasons, with wins over Aurora FC and FC Oshawa on Day Two of #L1OKickoff2019.

The day opened with a shock, however, as FC London - traditionally one of the powehouse sides in the women's division - was defeated 2-1 away from home by a strong Vaughan SC team. 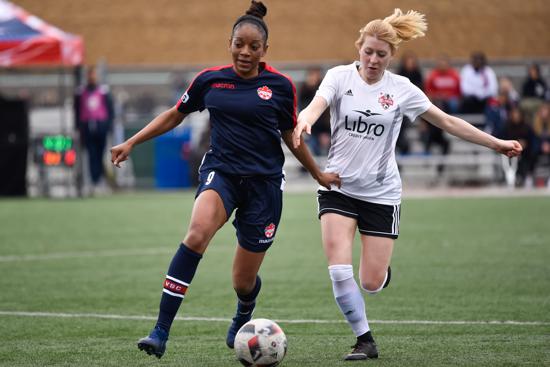 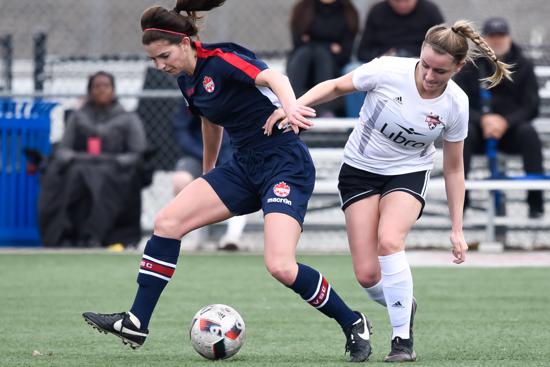 Vaughan Azzurri took a home win at their first game of the season, winning 2-1 over visitors' FC London

Kiyani Johnson (25') connected on a cross to beautifully place a header out of FC London goalkeeper’s reach, putting Vaughan Azzurri on the board for the first time in 2019.

After scoring their first goal in the match Vaughan took over the game holding the possession in the London half, making it difficult for FC London to get on the ball.

Vaughan’s Jessie Faber (78’) took a chance from 20-yards out to send a curling shot into the top right corner and secure three points in their home opener.

FC London’s Marisa Oliveira (84’) scored a consolation goal in an effort to put her team back into the game. The goal motivated London and a few opportunities arose for the visitors in the closing minutes of the match.

Vaughan Azzurri will next play Darby FC on Sunday May 12 (6 p.m) at the Whitby Soccer Centre, Whitby.

FC London will next play Unionville Milliken S.C on Saturday May 11 (4:30 p.m) at L'Amoreaux, Toronto. 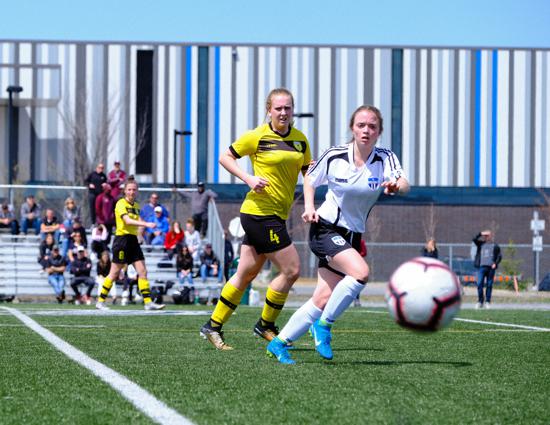 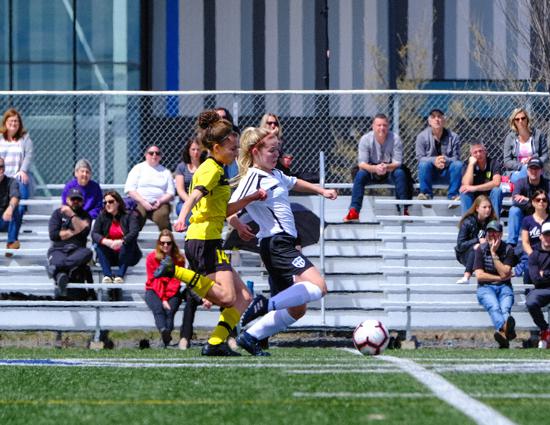 OSU started the game in full control of proceedings and were rewarded as OSU’s Phee was able to finish off a good team play to put her team in front.

The second half opened with OSU looking to add to their lead,and the Aurora goalkeeper, Phillips, had to make strong saves at the 46th and 47th minutes to keep her team in the game.

Aurora were finally rewarded for their efforts in the game when they were given a penalty at the 70th minute. Aurora's Chochol stepped up to take it, and it was nearly saved by DeMarbre, but the ball made into the net giving Aurora their equalizer.

In the 81st minute a counter-attack by OSU resulted in Carlini scoring a great goal to put her team back in the lead and ultimately secure three points.

OSU Force will next play North Mississauga SC on May 11 (2 p.m.) at Quinn's Point, Ottawa. 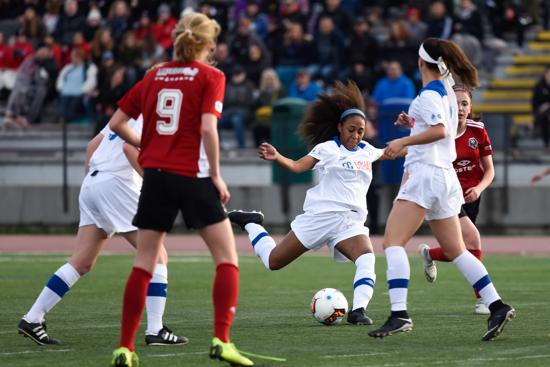 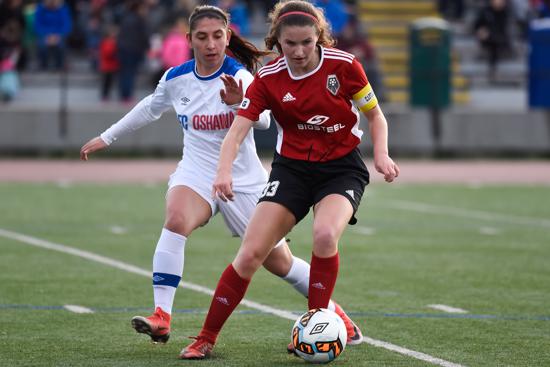 After long periods of sustained pressure, DeRo's Chelsea Cheung (88') was finally able to find a breakthrough late in the game to claim all three points for the away team.

The first half ended 0-0 with a number of opportunities for either side, while the best chance came early in the second half.

DeRo’s Olivia Bizzoni was left wide open at the edge of the 18 yard box, but was denied as Forde was able to react in time, diving fearlessly in front of the ball.

FC Oshawa will next play Hamilton United Elite on Friday, May 10 at Ron Joyce Stadium, Hamilton.

DeRo United FC will next play Aurora FC on Sunday, May 12 at L’Amoreaux, Toronto.