"In Game 3 of Matchday 2, we return to the men's division, with two of our top performers - and two sides that have had their 2018 teams picked over by CPL scouts - meeting in Vaughan."

In Game 3 of Matchday 2, we return to the men's division, with two of our top performers - and two sides that have had their 2018 teams picked over by CPL scouts - meeting in Vaughan. 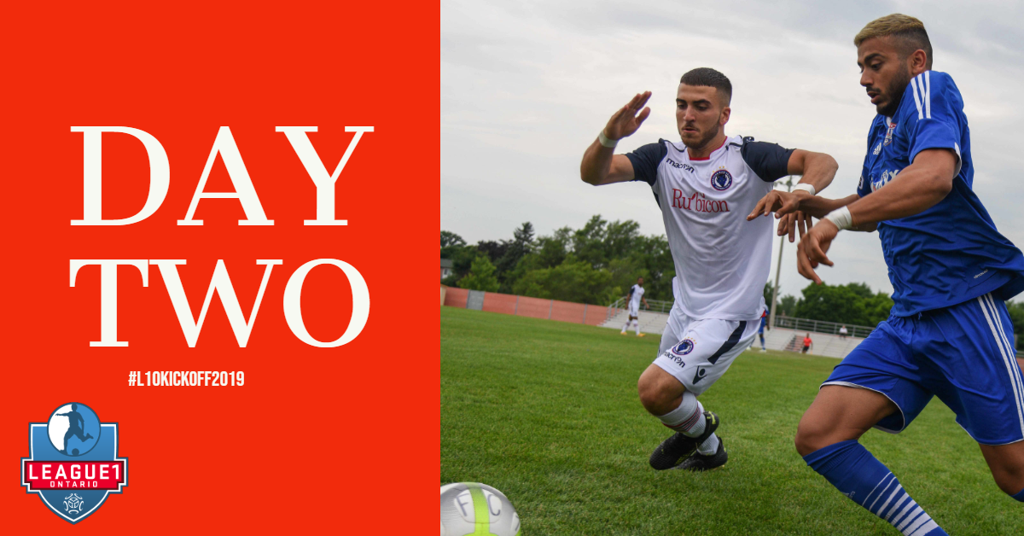 Vaughan SC are the League1 Ontario 2018 Champions, following a stellar year of performances that saw them take the league title and qualify for the 2019 Canadian Championship.

The success of the team led to numerous players getting signed into the full-professional ranks, with nearly the entire starting side going to CPL clubs - including long-time head coach, Carmine Isacco, who joined York 9 as an Assistant Coach.

Now under the lead of head coach, Patrice Gheisar, the Azzurri prepare to kick off their 2019 League1 campaign, while at the same time readying themselves for the home and away legs (May 15/ 22) of the 2019 Canadian Championship vs. Halifax Wanderers.

League1 - Sometimes massive success leads to new challenges. It's clear player rotation and re-stocking will have been necessary at Vaughan after so many players were signed on at pro clubs. Who are some of your players to highlight right now?

Patrice Gheisar - "We have lost our top six players from last year's title-winning squad. Last year's midfield was Zak Drake, Matthew Arnone, Dylan Sacramento. Wide left was Austin Ricci, our target was Marco Kovacevic and wide right we rotated through a few players. We've lost all of them plus most of the defenders to the CPL or elsewhere."

"We've had to bring in guys that we feel understand our culture and needed to implement a small change in playing style that we wanted to have."

"One of the guys that has been instrumental in reflecting what I think the team should be about - high passing, high energy, humble and hard-working - is Eddie Lay."

"Eddie used to play at Vaughan and has been a part with a couple other League1 teams as well. We know Eddie well as a contributing star with York University and he has come in to the Vaughan team this year and been very dedicated. I think he will be one of our key players, dictating the way we want to play and implementing our philosophy on the field. He's still only 22 years old and I think his best is yet to come. This will be a very big year for him as he heads into his senior year at York."

"Jason Mills has been a key player to Vaughan for many years now. Three years ago we won the league and Jason contributed massively. He went through a period of disrupted rhythm due to injuries but he has come back stronger than ever. Jason is 25 years old and brings experience and League1 knowledge that is much needed in an otherwise very young team. He presents himself as a combination of a leader on and off the field. He'll help us with the knowledge that we need in the final third."

"Shiquan Lowe is one of our few returning backs from last year. He's still very young and I think was disappointed that he didn't make any CPL trials, much like some of our other guys. He's come back hungry and driven. We expect nothing but massive leadership from him. We will be a team that looks to press and play out from the back, which means there is a great deal of pressure on our centre-backs, and Shiquan will probably need to be our best performer in the biggest games that we play."

"We have some new players to highlight, such as Raheem Rose. He has attended Ryerson University and been a key member there. He has a standard and mentality that fits our culture. He's mobile, athletic and technical."

"Ryan Raposo grabbed a lot of headlines in League1 last summer, scoring nearly ten goals. He just finished a very good year in the NCAA, making the All-ACC Freshman team out of Syracuse University. We expect him to come in and immediately contribute. I think he plays above his years. He is only 19 but plays with a lot of heart, ability and mobility." 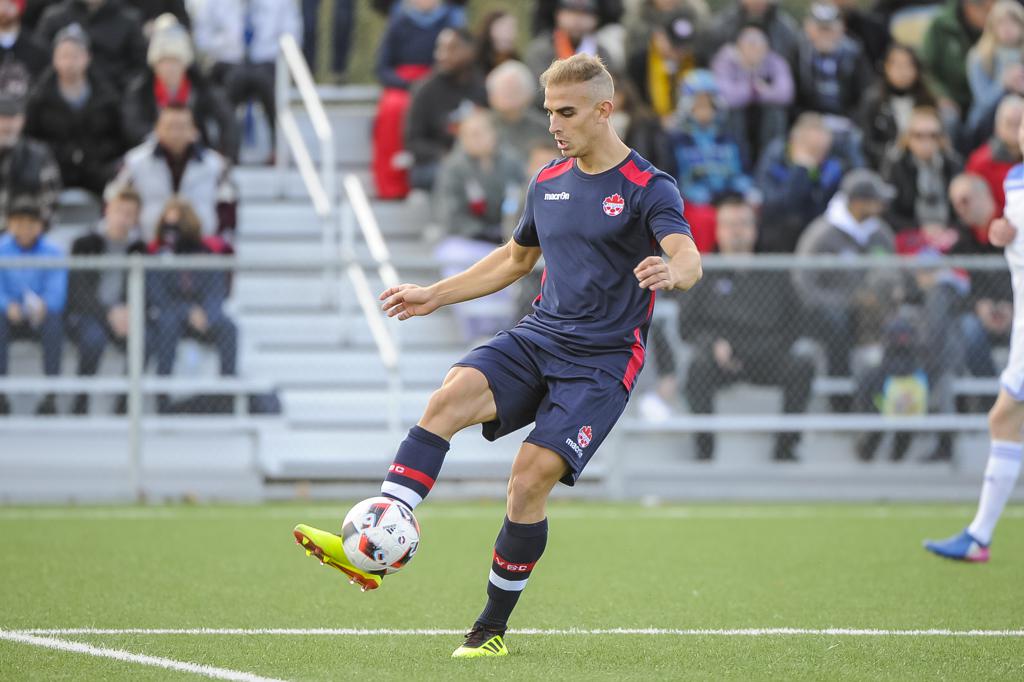 Sigma FC is a well-known source for top Canadian players, and this past year really proved it after a large number were picked up by CPL clubs.

Indeed, even the leader of Sigma - former Tech Director and League1 Head Coach, Bobby Smyrniotis - was signed in as Head Coach by Hamilton's CPL side, Forge FC.

Incoming Head Coach, John Zervos, is no stranger to the team, however, having been a League1 assistant with Sigma for a number of years.

League1 - It's clearly a new era at Sigma, with so many familiar faces now stocking pro clubs local and foreign.

Who are some of the next big players we can expect from your organization?

John Zervos - "We have seen a large core of our roster from last year and previous seasons get picked up by the CPL, but we will see more of guys that we have had involved in the program last year and in previous years, obviously with a bit more youth."

"We still have Hilli Goldhar, Simon Triantafillou coming in, as well as Noah Jensen and others."

"We still have some experienced guys around acting in leadership roles too, like Christian Samaniego, Manvrir Brar and Reggie Laryea, who will be leaned on for a lot of leadership." 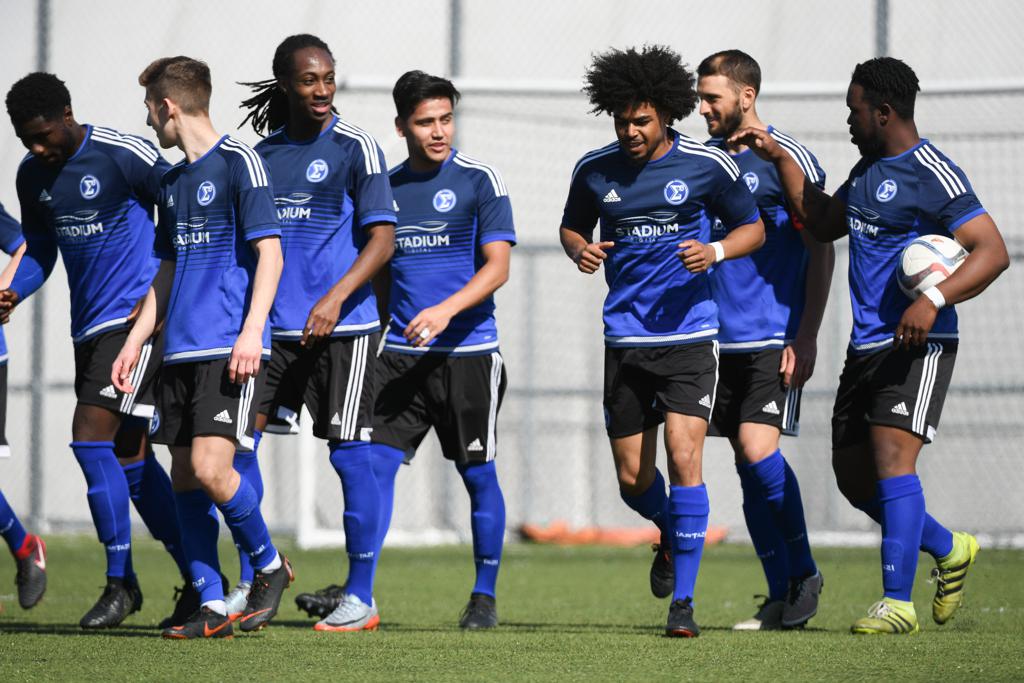 League1 - Sometimes the season following a title-winning season can be the most difficult to manage. What are your objectives for 2019?

Patrice Gheisar - "I have been with the Vaughan high performance for many years and we have tried this for many years, but I think we are going to connect this team to the rest of the club and vice versa."

"I've spoken to the players already about the necessity and importance of showing up at house league sessions and training for our younger sides. We want to be a team that our club is proud of and looks up to. That is really number one. If I would take anything, I want this club to represent this club the way it should be - humble, proud, and working to show our quality."

"There are a lot of good things happening in our players lives, and we need to stress a culture that keeps them grounded and level-headed as people to be able to deal with the decisions they will need to make."

"Are we going to be able to do what we did last year? Our goal is to match it, but it is going to be very difficult. We have lost players but I'm confident that we'll be competitive in every game."

"One of our objectives to be honest is that our entire starting lineup doesn't return next year. We would like to see all of them get picked up by CPL. The words to be associated with this team are development and showcase, whether to MLS, CPL, or continuing to perform in University." 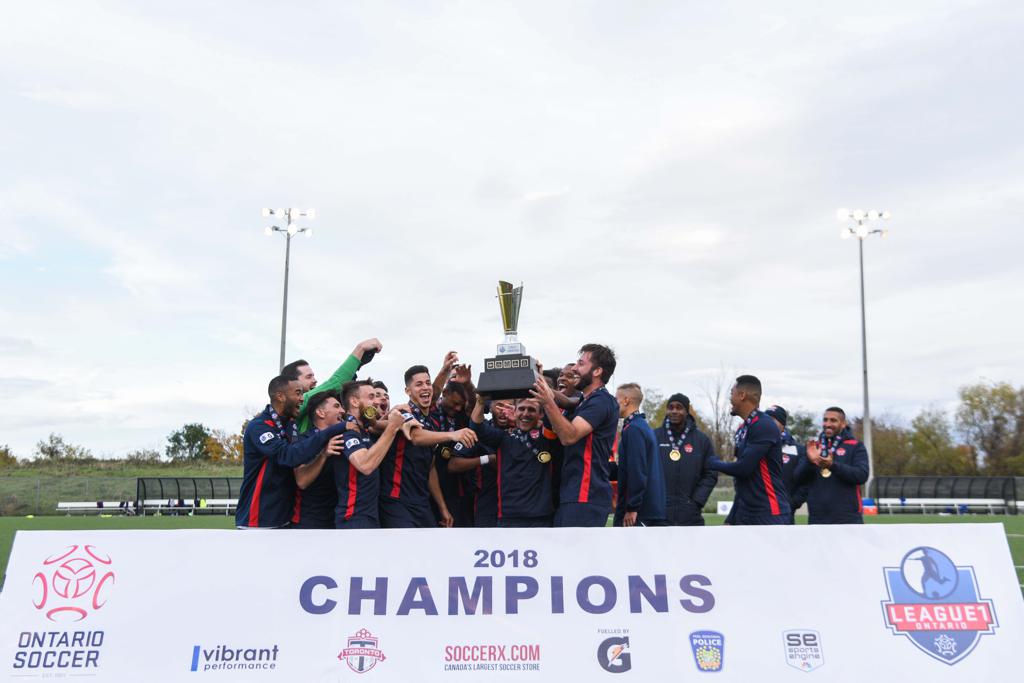 League1 - People may forget that you have been on the line for the Sigma League1 team and an integral part of their organization's technical staff for many years.

It's a first season in charge of the League1 side - where do you put your objectives in this situation?

John Zervos - "Bobby has been a mentor for me for a long time and he has given me advice, which in general is to just enjoy it."

"Enjoy the moment, enjoy the season. At times it will be stressful but in the end that's normal and that's good stress."

"I had some games last year where I was the lead coach and I think it's still a familiar voice and the same philosophy of what the club wants to do as far as move players on and push them to bigger and better things."