"In the third and final game of Day One, we open our women's division with what promises to be a cracking contest featuring two young sides that have made an instant impact in their first seasons."

In the third and final game of Day One, we open our women's division with what promises to be a cracking contest featuring two young sides that have made an instant impact in their first seasons. 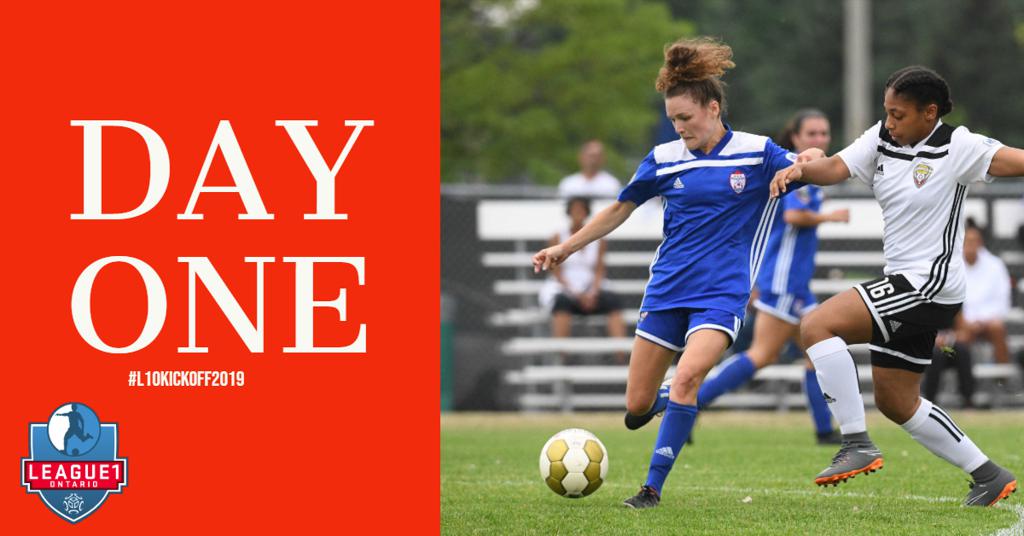 Hamilton United Elite joined League1 Ontario's women's division in 2018, and quickly showed the quality coming through "the Hammer" - demonstrating winning ways, some marquee names, and a composure and style to their play.

Returning head coach Francisco Font brings Hamilton United Elite back to the fold in 2019 with a side featuring a large body of returning players and some interesting acquisitions.

League1 - It was a great start for Hamilton last year in League1, and supporters of the league are definitely looking forward to seeing what the 2019 squad has in store. Who would you highlight as key players going into the season?

Francisco Font - "With our older players, we would highlight returning player Angela Cutaia, who was our leading goalscorer last year. One major objective for us was to find someone that could score goals along with her. She did a great job last year and I expect she will do as good of a job or better this year."

"There are a couple new additions, such as Angela's sister, Cara Cutaia. She is more experienced and I think she will help balance the team out as well. She was a trainer for us last year and she wanted to get back in, and we gladly accepted. She's an experienced player with a lot of ability."

"With our keepers, I'm very happy in that area. We have both of them returning from last year, Marilena Spagnolo and Alana Rossi. You build a team from the back and with both of them we know it is a guaranteed performance."

"With our younger players, I have Jorden Campbell, a 2001 born player that we thought last year would just play U21 but she played the entire season with the League1 team. She has a year under her belt and will be a lot stronger. Very smart player and she allowed us to change tactical approach last year based on her versatility and play."

"We also have a group of 2000 born players that went away to university this year. When we saw them during the winter break, they look a lot stronger and more mature. I can't wait to having them all back this year."

"I would also point out that our depth with the U21 team is huge. Last year we called up a number of players at the end of the season and this year a lot of them will be playing at the start of the season until all the players return from university. Our depth in youth is really huge, and I'm excited to see them play as well."

"Finally, there is Claudia D'Angelo, who is our playmaker. She went away to Seaton Hall in the U.S. this year and we're hoping that year under her belt at that level picked her up even more. She is that deep-lying midfielder that plays the balls through. She's very good."

"One addition to the technical staff as well - we have added in Carmen Lancia. He coaches Mohawk College's men's team and was coaching the 2001 Saltfleet girls." 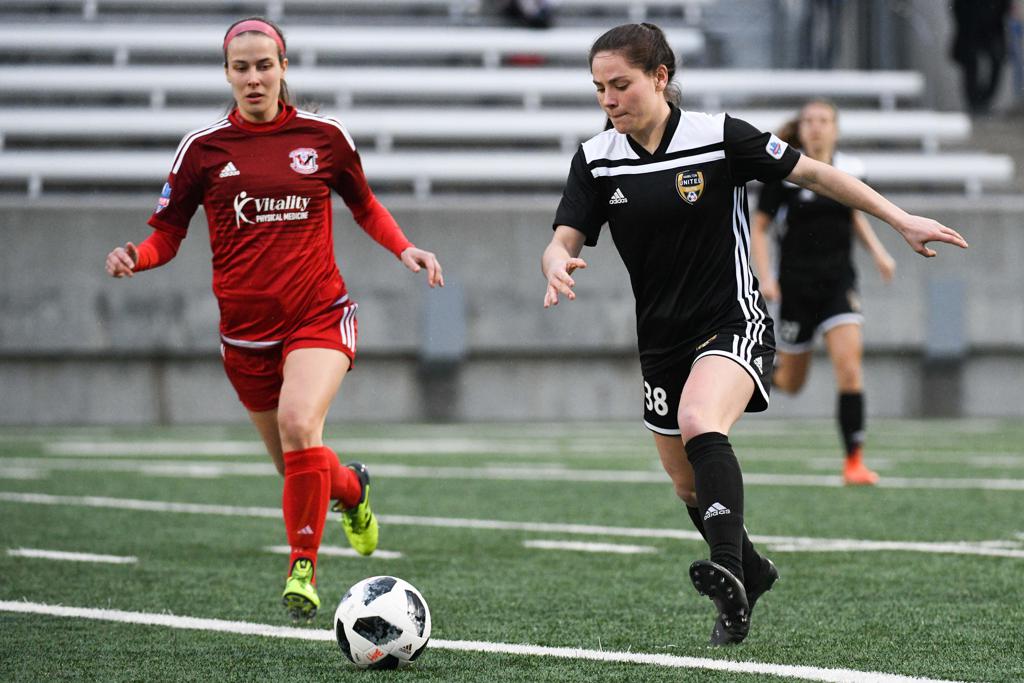 Unionville Millken SC had a debut League1 season in 2017, immediately running the table with a dramatic winning streak. It wasn't surprising for those that knew the quality in a squad that features several Canadian national team program players and a slew of top prospects that were picked up by big NCAA programs.

However, UM had a hard time sustaining their form as they entered a mid-season frame that saw many of their top performers depart for school, and in even in 2018 - despite making the L1 Cup Final - the club faced the same difficulties.

UM Assistant Coach Alex Morales joined up with League1 to talk about plans for the year ahead...

League1 - Unionville has been a real gem in the league since joining in 2017, but you've always found it tough to keep the form going beyond a certain point. How will you address that issue in 2019 and who are some names to look for on the game-sheet?

Alex Morales - "In two years, I think we have only lost one game when we have our players. The base of the team was '99 girls and they all got DI scholarships in the U.S. so they all leave at the same time and they call come back at the same time. In the middle of the season we are always really strong, but when they leave things start going downhill and before they get here it can be a bit of a struggle."

"But, in 2019, with the condensed season, I think we are going to be really strong for the whole year. We have a U21 team with some special 02 and 03 players that I think will get consistent minutes as well. The team is looking really strong overall.

"One thing we are definitely excited about is the return of Samantha Chang."

"She plays for Canada and was the 2017 League1 Women's Young Player of the Year. She tore her ACL in the first quarter of 2018, so she missed all last season. She is on a full ride at University of South Carolina, a school that made the final the year before actually. Unfortunately she was red-shirted after missing an entire season, but she is back now. She will be back in time for the season opener and that is very important. She is our team co-captain and we are very excited to have her back with Unionville, where she grew up playing. That's a key piece that we were missing last season."

"The other one who is in the exact same situation is Shana Flynn. She has played multiple times for the Canada U17 and U20 teams, and she tore her ACL maybe two weeks after Samantha. We missed her for the entire duration of 2018. That was actually her second torn ligament, she tore the other part-way through our debut year in 2017, and she hadn't returned to her usual self by the time she tore it again in 2018. She is out at UCLA, which is a big-time school. She missed her whole freshman year due to injury but is back playing there now in the spring season. The thing with Shana, we don't know how long we will have her available as UCLA is planning to go to Italy this summer. She will be back, we just don't know for how many games - we hope at least half the season."

"We have other players such as Marisa Zucchetto, who is in the national team and plays at Texas Tech. She had a great year this year at school. Isabella Nashmi, who is at SMU in Dallas, Texas, she had a great year. Local players such as Natasha Klasios, who is our co-captain. She is at U of T and scores like crazy. She is a player that takes the team on her back, a really hard working striker."

"There are so many players we are looking forward to having back, like Kavina Ganesh is down at Florida Gulf Coast and Sierra Henderson, who had a great year at Kent State."

"We have Kendall McCauley, I believe she goes to Howard University and I believe she was a Conference Freshman of the Year and made the All-Defensive Team. We have some good young girls coming through as well, such as Peyton Robertson, who is committed to University of Memphis. She played nearly every game with us last year and did a great job."

"We also have Vannis Vergolis as a second keeper. She is the starting keeper for U of T and she is absolutely phenomenal. At the League1 semi-final last year, I think Vaughan must have outshot us 40-2 and we ended up winning in PKs and it was because of her. With having her and Marisa, I think it's going to be a great combination." 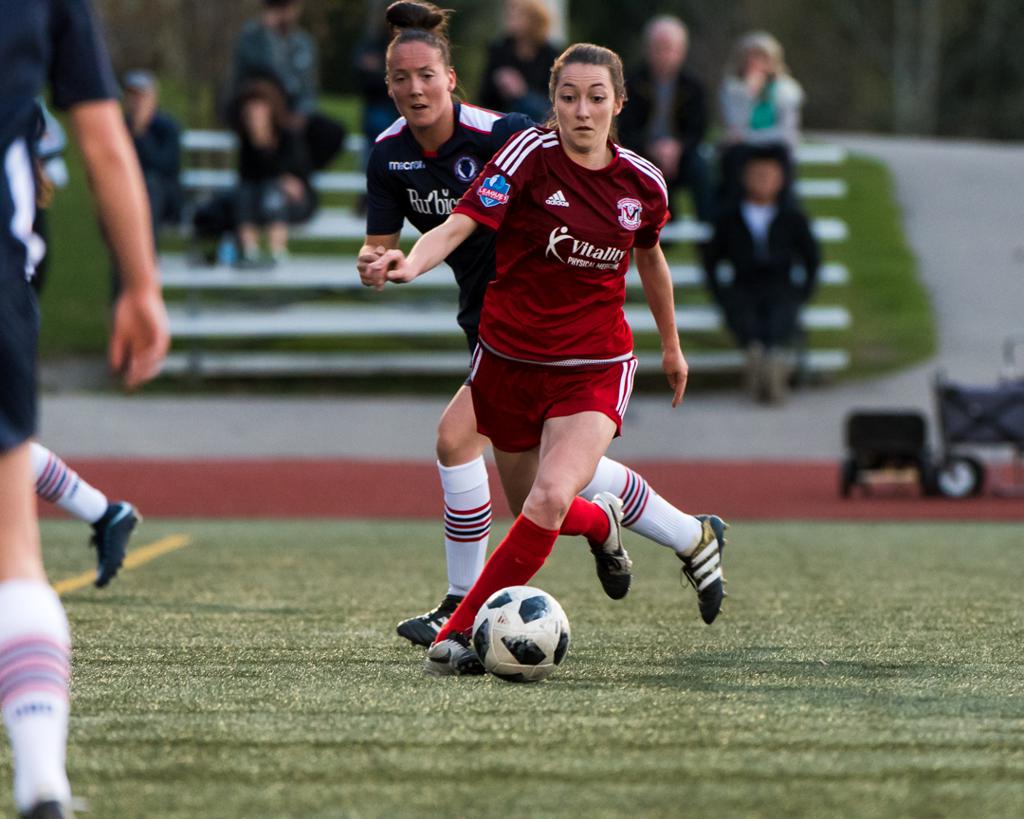 League1 - Hamilton had a strong start to their debut season in 2018, but had some difficulties maintaining form on the road. What are your objectives going into the 2019 season?

"Our objective is to finish top four, ideally top three. We look back on last season and we had one bad road game at Durham, where we lost 4-0 after a ten minute span where we played very poorly, and overall we want to improve on the road as we didn't win many games away from home. In 2019, we hope to finish in the top three." 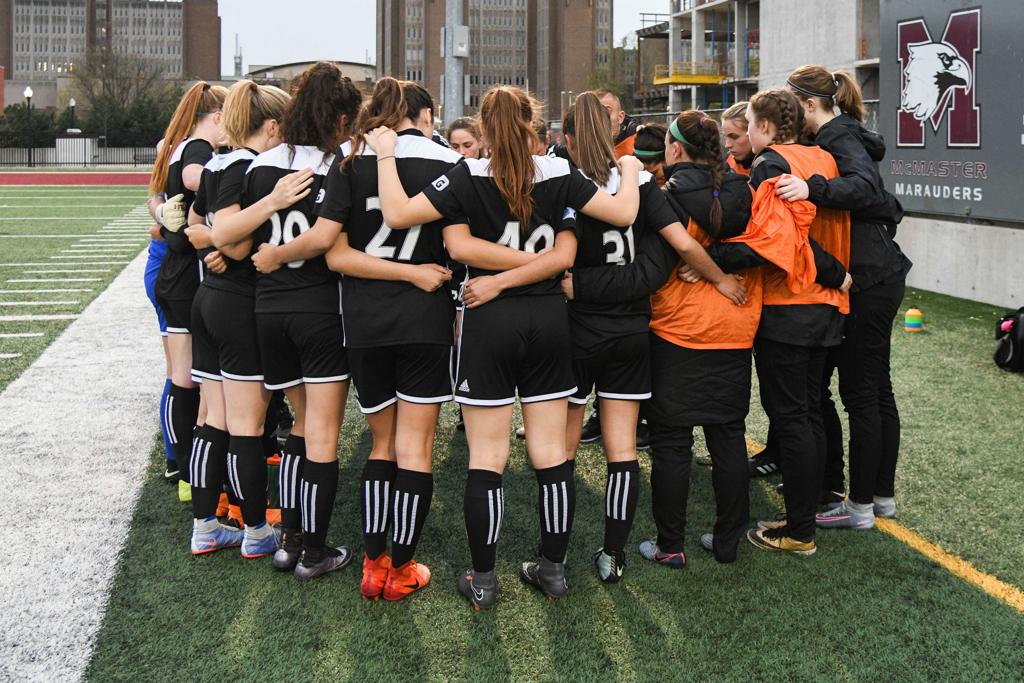 League1 - Unionville has typically been red hot or struggled for form in the previous two seasons. Have you adjusted your objectives to deal with consistency in 2019?

Alex Morales - "I'm really encouraged by the team this year and the condensed schedule really helps us."

"What was really a problem for us in the past was we would lose our core group, the '99 born girls, by mid-season, and the groups we had coming through behind weren't ready at that stage to really compete with the top teams in League1. We were calling up senior players from our women's team, but that wasn't ideal. Last season we knew we would have the same situation, but in all fairness we had lost our core after the quarter-finals of the L1 Cup and we still made it to the Final."

"This year, what I'm really encouraged about is that our 02 and 03s are really strong and they are a year older. They are now 16, 17, 18 - they can now step in. Even when our core girls go away or before they get back, we will have a strong nucleus and I think we'll be able to be competitive even in the games when our US-based players aren't here."

"I think our club has done a good job of cultivating the talent in the club and so I think we will be okay from start to finish this year."

"We know that some of the other teams will also be fairly young, and we are excited to face them. Some of the more experienced sides may be quite changed too, as we have seen a number of top players be picked up by professional clubs overseas. Everything is out in the open so nobody really knows what is going to happen this year. It's going to be a very interesting season."